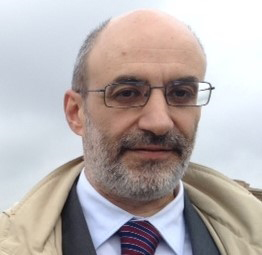 Dr Raffaele Iannuzzi, born in Grosseto, 51 years old, hold a degree in Philosophy at University of Pisa (1990) and a specialization in crisis management. His work has been mostly focused on the relationship between the market and public institutions, a subject creating a space for a career in strategic consultancy in Rome (2004-2011). This activity has found a development also in an intense production as journalist and analyst.

Author of different books and a large amount of reports and writings about geopolitical issues, as well, he has been cultural consultant of the Minister of Culture (2008-2011). During his career, he has oftentimes coped troubles and issues related to national interest and he has nurtured his resilience and willingness to listen and learn from others. These skills have permitted to him to stay on the ground of domains not originally embodied in his cursus studiorum.