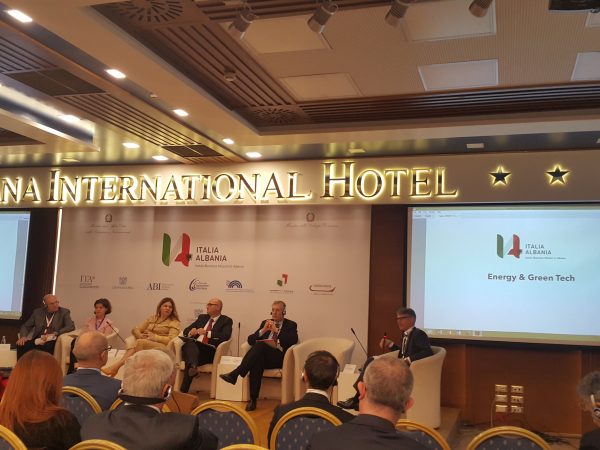 TIRANA, Feb 19 (Reuters) – Some 200 Italian companies exploring deals in infrastructure, energy, and agriculture in Albania were told on Monday their poor neighbour offered lower taxes and less red tape than at home.

Italy is Albania’s biggest trade partner and investor, but its businesses have missed out on the big privatisation deals across the Adriatic Sea, and its industrial presence is small.

Italian businesses have invested over 3.5 billion euros, but its biggest internationally-renowned companies have preferred other Balkan countries because of a number of factors including corruption, unclear property titles and perceptions that the judiciary is inefficient, Italy’s ambassador said on Saturday.

“What we have achieved so far is good but not enough for us,” Scalfarotto told reporters after a business forum in the Albanian capital.

“Our business could play a bigger game in the industrial sector,” added Vincenzo Boccia, the head of Italy’s powerful Confindustria association of companies.

Albania is embarking on an ambitious $1 billion road-building programme to bring its road network up to European levels.

Addressing the visitors in fluent Italian, Prime Minister Edi Rama told them to “see Albania as the Italy of their grandparents”, with “lower taxes and less bureaucracy”.

“I hope a little part of the 20 billion euros in the hall stays in Albania, not only because Albania is growing but also because Italians feel at home,” Rama said, referring to the net worth of businesses present.

“We would like Albania to be a little, efficient, Italy,” said Rama. “Our ambition is to industrialize Albania in the Italian style,” his economy minister, Arben Ahmetaj, said.

Albania wants to build a train line to Tirana airport and to its biggest port, Durres, around 40km west of the capital.

“The kind of traffic we saw last night means this city would need a tram over time,” Maggioni told Reuters.

Italian butcher Raffaele Tonon told the gathering he was sceptical about grandiose plans for investment, saying the country that abandoned communism 25 years ago needed a more practical focus.

“We have to teach the youth the skills of trades, be it in meat and milk processing or whatever,” Tonon said. “I have seen businesses who left because of this.” (Reporting By Benet Koleka, Editing by Jon Boyle)