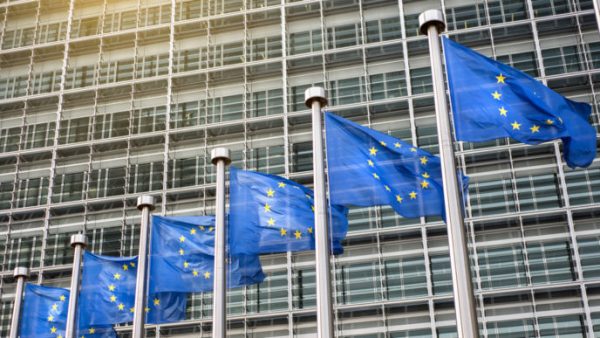 European private energy law, readers will recall, is defined as all the rules of EU law that impact private relationships between market participants in the energy market. Here, we are speaking of the rules of the Treaty and EU secondary law that affects commercial and consumer contracts, property, and torts – common subjects of private law. Moreover, we learnt that European private energy law contrasts with what we could call EU public energy law; namely, all the rules conferring powers and responsibilities on European or national governmental bodies to the public lawmaking, public monitoring, and public enforcement of EU law.

As discussed in the first post, marking out a distinct sphere called ‘European private energy law’’ is no mere exercise to fill ‘law in a book’ with no effects on ‘law in action’. Nor does it rest on some claim to radical novelty; we are not reinventing the wheel. On the contrary, the notion of European private energy law serves to sharpen our awareness of – and provides a conceptual framework for understanding – what we already know are features of EU law. That is to say, it focuses on the two sides of the enforcement regimes of EU law – public and private enforcement – and zooms in on the formal aspects of private enforcement; namely, the twofold direct effects of EU law: vertical and horizontal direct effects.

The twofold direct effect of EU law is what makes it a sui generis legal order. It ensures that the rules of the Treaty and secondary legislation create rights and duties for individuals, rather than obligations that apply solely to Member States. However, as the European Commission correctly noted, ‘rights which can be not enforced are worthless’.[1] In other words, EU law creates rights for individuals, but those rights have no worth if neither the EU nor national laws furnish remedies. The same logic applies if the cost of procedures is so great that the economic incentive for private enforcement is weakened or, indeed, extirpated.

In line with this discussion, the second post on February’s topic of European private energy law moves beyond the mere distinction between public and private law spheres of EU energy law. It does so by proposing a conceptual framework that offers the prospect of (re)reading EU energy law from the internal point of view. It intends also to sharpen our understanding of European private energy law through the conceptualization of rights, remedies, and procedures.[2]

EU law has been widely recognized and distinguished for its ‘direct effect’, and this formal feature of the EU legal order is now well-established and essentially incontestable. If one wants to speak about individual rights and private enforcement in the EU legal order, this is the mandatory starting point.

The very essence of direct effect is that every individual can claim the protection of laws whenever injuries associated with violation of the EU law by Member States (vertical) and by other individuals (horizontal) have occurred. So how does ‘direct effect’ indeed affect the full enforcement of EU law in the energy market? Rather than engaging the theoretical debate over the vertical and horizontal direct effect of EU law, I instead explore these twofold effects through contextualisation.

‘Vertical direct effect’ is widely recognised among European lawyers and has long played an important role in the effectiveness of EU energy law. It confers rights on market participants to pursue private enforcement of EU law where Member States have failed either to transpose EU legislation or correct noncompliant players. Vertical disputes between Member States and market participants may or may not affect subjects of private law. Landmark cases that did affect contracts and property were Essent,[3] which contested a Dutch law on property ownership of system operators, and Eni SpA[4] which referred to a French decree extending the mandatory clause for interruption of the gas supply to a large group of protected customers.[5]

If it is incontestable that EU law enshrines rights to individuals, what do we mean by the concept of rights? The conceptualization of right brings us to make a basic statement about what the sector regulation usually refers to ‘measures’. All measures of EU law that are binding, irrespective of whether in the Treaty, legislative, delegated or implanting act, are legal rules. Legal rules impose ‘duties’ on market participants to behave in a certain way (e.g. duties of non-discriminating market participants), and at the same time create rights (e.g. market participants rights for non-discriminatory treatment). If European private energy law stands for the rules of EU law that create rights and duties for private relations, these rules can then be divided into two categories.

The first category encompasses rules that directly regulate contracts and properties and, thus, have an obvious private law dimension. By this I mean ‘use-it-or-lose-it’ and ’use-it-or-sell-it’ as mandatory clauses in capacity reservation agreements; the regulation of consumer contracts in the Annex of the Directives establishing the energy retailer duties, and therefore consumer rights, to provide services with transparent and reasonable prices; or the establishment of conditions for transferring transmission rights.[7]

The second category is, in contrast, rules whose duties do not necessarily affect contracts or properties, but where non-compliance with the obligations of one market participant may affect another, thereby giving rise to rights and private remedies. If a system operator does not comply with the duty imposed on it by CACM or a balancing mechanism, the wrongdoing may uphold claims for an injunction or compensation by undertakings that were denied access by that noncompliant operator, or by industrial users who had endured loss on account of failures in the system’s reliability. Therefore, this second category of rules falls into the context in which the conditions placed that give rise to the right must be the same as those that give rise to the remedies. This also invites us to consider the concept of remedies as a frame for European energy private law.

As noted by the European Commission, rights are worthless if they cannot be enforced. By placing this statement in the context of European private energy law, rights are fully enforced if, and only if, there are private remedies. This has certainly been true throughout history: ubi jus ibi remedium. Remedies are means by which rights are enforced by a court of law when injury, harm, or a wrongful act is imposed upon another individual. It is the way by which violations of rights are prevented, redressed, or compensated.

In principle, the direct effect of EU law enshrines individuals’ rights, but private remedies mostly rely on national laws. This means that, if an undertaking does not comply with EU Regulations or Directives, and its wrongful act has imposed injury or harm upon another individual, the cause of action for damages, injunction or breach of contract relies on national laws. Divergences in remedies are then expectable, to not say unavoidable in European legal order.

Notwithstanding the reliance on national legal order, European energy law is not entirely silent regarding remedies. It is a new trend though. These rules divide into two categories.

The first category covers the rules of EU secondary legislation that indeed grant the remedy. The most prominent example is Directive 2014/104/EU, which empowers market participants with the right to seek damages against undertakings infringing the Treaty’s competition rules.[8] A second example brings us closer to the conceptualization of procedures. Electricity and Gas Directives have imposed the obligation of establishing dispute resolution bodies to solve conflicts between network operators and system users for violations of TPA rights on national regulatory authorities. Those are indirectly procedures that protect market participants’ rights through granting actions for injunctions

The second category, in contrast, does not necessarily impose the harmonization of remedies for compensation or injunctions, but it regulates its conditions. These also touch upon matters in the CACM regulation determining the conditions for the force majeure relief of network operators for breach of contract with network users,[9] and compensations caps in default of performance.[10]

Last, but not least, the dimension of the rules of European energy private law we will discuss are those concerning procedures. Similar to the intertwined connection between rights and remedies, procedural rules sensu stricto should be distinguished from remedial rules. The latter cover rules governing conditions under which individuals can bring actions before national courts to safeguard their rights, while the former refer to practical rules governing the pursuit of remedies in a court of law or alternative dispute resolution bodies.

For the protection of the rights of European private energy law, individuals rely upon national civil procedures to pursue a private remedy before national courts for violations of EU law. Yet this does not mean that the EU legislator has not advanced towards the establishment of out-of-court procedures.

Since the second packages, the Gas and Electricity Directive has obligated national regulatory agencies to adjudicate disputes between network users and TSOs in cases where a TSO has refused to contract with a user, leaving the latter unable access to the network. Decisions are binding and despite the possibility of the judicial review of administrative bodies’ decisions before national, the dispute is genuinely between private parties involving rights granted in pre-contractual stages. These same Directives also imposed on member states the obligation to establish alternative dispute resolutions bodies to solve disputes between energy suppliers and consumers. Procedure rules are also established in the ADR Directive.[11]

To conclude, European private energy law is an infant and expansive field of law. Building a common conceptual framework at this stage is then crucial to sharpen our understanding of the phenomenon. The conceptualization of rights, remedies, and procedures is a dogmatic distinction that seeks to build a common platform for lawyers from common and civil law, where the former reasoning in terms of remedies and the latter in terms of rights. Here, European private energy law sets its contribution.

[2] The conceptual framework of rights, remedies, and procedures is inspired by the path-breaking work of the former Advocate-General, Walter Van Gerven. 2000. “Of Rights, Remedies and Procedures.” Common Market Law Review, no. 37: 501–36.

[5] See the short case note published on the FSR website and written by me and Lavinia Tanese here.

[8] Directive 2014/104/EU on certain rules governing damages under national law for infringements of competition law provision of the Member States and of the European Union.