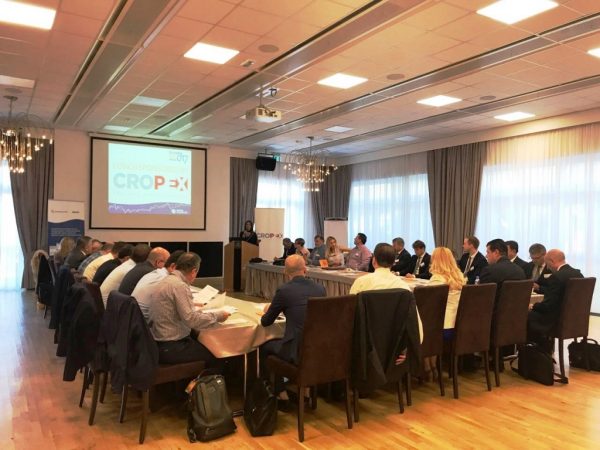 The here presentation on the Electricity Generation Capacity in Albania, bring an synthetic overview, based in daily empirical experience on legal granting rights, about the investments in process and future projections development of the national electricity generation capacity. The main bulled point, offer an answer, to the pressing today’s concerns, such are: “Following the today trends of investments and public policies, when it is predicted to be meet the internal demand in Albania”, “What kind of sources and quantity of offer has to be expected from the country in the upcoming 5, 10, 15 yeas”, etc. The above, to give a support of the strategic analyses about the main structure and potential of the trading and supply activities in Albania.

Albania is at a pivotal moment in deciding its optimal strategy for development of the energy sector. The country, in framework of the Western Balkans (WBs) region has adopted at 2012, near-term renewable energy target 38% within 2020, and it is well aligned with EU commitments of 2030. Further, in parallel with creation of regional market, it is followed with a road map signed by the Paris Sustainability Charter, at the 4 July 2016. Nerveless, all the above do not implies any condition or/and choices about the resource to be deployed, the support measures to be adapted, or other similar aspects related with investments.

The above engagements, has made that the share of renewable sources in gross final energy consumption (GFEC), according to most recent data available by Eurostat, to reaffirmed the country keeping path with its commitments, reaching the 34.9% in 2015. Then, the renewables have started to take off in good portion, even with the problem that the entirely is concentrated in the hydropower sources, except few single and individual small projects, such is Urban Waste Processing Plant of Elbasan by 2.85 MW, Photovoltaic Central of Korça (UKKO) by 1 MW, etc.

Along 2016, the available electricity request was at the level of 7094 GWh, and during the first semester of 2017 to increase by well 5.0% (Instat, August 2017). The future foreseen an intensive growth of the demand, which refereeing to the base scenarios of the ERE with a predicted growth rate by 1,5%, or/and based to the regional study Sled SEE 2016 up at 3%, foreseeing an peak up of the level of demand among the 10,8 TWh – 13 TWh within 2030.

The hydropower regimes in European Union (EU), included Balkan EU Member States (MS), reveals considerably discrepancies among the granting rights, based mostly on simple permits and in few case licenses. A heterogeneous situation reflected in the WBs, with the use mostly of the granting through authorizations for the small Hydro Power Plant (HPP) not of particular interest for foreigner investors, and related to the bigger and the most important projects using the model of Public Private Partnership (PPP).

The above strong relation partnership was offered to give a particular boost of the investments, mitigating the impact of variables occurring on time, through: (i) the freely negotiation of provisions governing the contract, with accepting financial modelling by internal return rate (IRR) at 16-22%; (ii) the guarantee intake of all the power generated with a Power Purchase Agreements (PPA) based in the “feed-in” model for a period of 15 years; (iii) the assure and the facilitate on the given of permits (needed up to 20), through the consideration as an co-responsibility among the private and public authorities. Then, today above then 96 companies has reached to installed 139 small and medium seizes HPPs for a total capacity at 561 MW (Ere Report, 2017).

However, there is still a significant undeveloped potential with a lowest LCOE compered to all the European countries, which make predictable that the hydro generation, according to most ambition scenarios will double by 2030. There are already granted and still to be develop, above 2100 MW (2015), from which them with a PPA up to 15 MW need to be completed within 2020 (to preserve the PPA!). As there is already ongoing with the cancellations, mainly due to the environmental or social concerns (e.g. HPP Pocem, SHPP Bushtrica 4, etc.), construction delays (e.g. HPP Shala, and Kalivaç), even lack of concessionary payment fees (e.g. SHPP Korsel), etc. As from the already cancelled there are the new calls on capacity (e.g. HPP Shala, and Kalivaç, etc.), as well as the started with preparation of feasibility studies such as the case of HPP Skavica, leading up the decision on investments taken in WB6 Summit in Trieste (12 July 2017).

Hydropower plays a dominant role in the region, and Albania leads these countries, relying almost exclusively on hydropower (and imports). This poses a challenge in dry years, like 2017, with import of electricity rise rapidly (which could peak up historically to 60%). This, on the other hand raises security of supply concerns for the country, aspects that all together made necessary a drift of the paradigm toward a diversification thought the protecting of the environment. A choice to PV is logical and emphasized by the perfect match that the periods with lack of rains are compensate by more radiation of the sunshine: the Albanian has in average 240-300 days with sun for year, with exploitation of solar energy production range over 1500-1800 kWh/m²/a.

Then, the need to reduce dependence on hydro with the rapid falling technology costs on PV landscape, has led to favourably provision introduced with the new RES Law 7/2017, through diverse procedures, form: (i) the mid-spring 2017, there was the open of opportunities for self-consumption in NetMeeting regime, for households and companies up to 500kV, granted thought a simplify permission procedure (taking in all around 30 days); (ii) On May 2017, the MoU among MIE-EBRD, span the way to the government decision to guarantee the purchase of electricity with PPA by 100 €/MWh, granted thought authorisation procedure for central up to 2MW for a total capacity, among 50-100 MW.

In last, followed the EBRD and the Energy Community Secretariat (ECS) MoU signed on 9 June 2017 came out the notice that can “revolutionary” the entire sector of energy in Albanian. The EBRD aim to cooperate in development and implementing a framework for the allocation, of one or two big international bid rounds, for a capacity up to 700 MW (minimum 500 mil/€) within 2020. Based on MoU the Ministry of Industry and Energy (MIE) has to review the legal framework, and the EBRD to setting up the auction mechanism for large-scale PV plants.

The cope with the above extensive planned RES capacity, increase the need to balance the volatile system, make feasible the start looking on the natural gas not only as back-up reserve (referring already installed Valona CCGT 97 MW) but also for a proper development of a really capacity market. In fact, MIE (through Albpetrol) have already pre-agreed on a yearly capacity around 0.3 bcm of natural gas from Tap project, as well as from years are in discussion plans about CCGT Vlora II and III, respectively 120 MW and 160 MW, to come online within 2020 and 2025.

Then, based to the most update analyses offered by the Albania Gas Master Plan (GMP) 2017, the decrease of fuel costs, make to predicted the total rate of penetration of the potential thermal demand in Albania to 1.5 bcm within 2020 and to 3 bcm within 2040. However, GMP foresee as realistic, with an economic optimization, the future natural gas consumption for electricity generation at the level of 770 mcm within 2040. Regard the legal form of engagements, it is still to be wait the outcome of the feasibility on regulatory and market analysis financed by IFC about the IPP CCGT Korça 500 MW.

In an overall above conclusion, conscious that the analyses of legal framework, even when integrated with best practices could not reveal for entire what future may reserve, the following three main assessments could be already drawn:

Due to the budget restriction and limit of expenditure, in accordance with IFI’s, there is not foreseen possible the enter of any public capital in energy sector (except moved by security reasons, such may be for the development together with Kosovo of the HPP Skavica and Zhur above 600 MW). The public policy that are thought to drew any choices guided by thinking with cost estimation (i.e. using a Levelised Cost of Electricity – LCOE) to get the less economic impact for the public budget and the burdens for each consumer in Albania.

Then, the most probable energy mix production of electricity in Albanian has to based mostly at the hydro-powers, some important part of photovoltaics and a few portion of natural gas. Notwithstanding, as in past the assistance of IFI’s will not be missed, the “fear” is that the private and public sector will not fully be able to get advantage of all its potential, but at contrary as experiences has shown often many time it risk to be taken only the complexity of institutional and organisational framework, with a lot of delays in the ongoing streamline of projects.

However, the experience create up to now, make possible some game of change, especially if there will be a particular care on the improve and simplifies of the investment climate, boost the performance of private sector providing support for pre-feasibity study combined with technical expertise and advisory to the promote the projects, as well as the increase of access to finances. Other ways, there is always the risk to follow with the business as usual (BAU), making that electricity capacity will reach a certain abundance around 2020, and for all the rest of the period 2020-2030 the country will be constantly dependent even for limit amount of electricity by the imports.