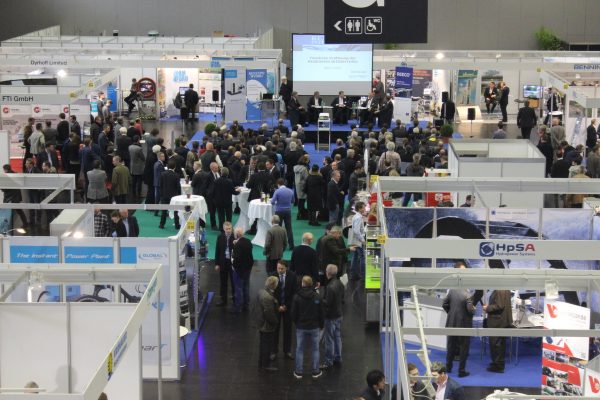 Salzburg, June 9th, 2017: Hydropower plays an important role in many respects for our energy supply as well as for our economic and social sustainability. It provides base load power; it’s reliable and has been tested for decades as a CO2-free energy supply. On the 29th and 30th of November, the RENEXPO® INTERHYDRO will take place for the 9th time in Salzburg, which will focus on the general conditions and current trends in hydropower, as well as economic efficiency and ecological aspects. This is Europe’s meeting point for hydropower and will again offer a unique platform for presentations, knowledge exchange, and sharing as well the opportunity to create new contacts.

The Eastern European Hydropower Forum will be new this year. Being on the border between Eastern and Western Europe, this forum offers a platform for all associations and players from Eastern and South Eastern Europe. REECO Austria GmbH is cooperating closely with local associations and the Polish Hydrological Association is partner for the event. The aim of the forum is to show a wide audience the developments happening in the hydropower industry in Eastern and Southeastern Europe, to cultivate old contacts and establish new ones. Speakers from various countries with report on the development of the hydropower sector in their countries, show best practice examples, and their latest innovations. In addition, you can discuss common tasks and challenges in order to further advance the hydropower field.

Further topics at RENEXPO INTERHYDRO® congress include economic viability, technical innovations and current challenges in the industry as well as energy storage and water-ecological compatible hydropower expansion. There is also the opportunity to take part in an excursion to the hydroelectric power station Lehen. During the exhibitor forum “From theory to practical application,“ exhibitors will present their products and services.

The first meeting will be held on Wednesday following the opening of the public energy talk “Politic and economy in dialogue: hydropower and society.”

The RENEXPO® INTERHYDRO addresses those active in the hydropower, from trade and industry, authorities and municipalities, politics and science, as well as universities and academic institutions from all over Europe. The fact that the Czech Republic is a partner country and Africa is a partner continent as well as the addition of the 1st Eastern European Hydropower Forum demonstrates the further internationalization of the even. The European Hydropower Association Meeting is also a very important event for the Congress Advisory Board (which is made up of international members), and it will also take place this year.

Over 125 exhibitors, 500 congress attendees, and 2,500 visitors are expected. The sponsor of the event is the Salzburg councilmen Dr. Josef Schwaiger.

Further information can be found at: www.renexpo-hydro.eu.

The REECO-Group, with headquarters in Reutlingen/Germany, has established itself as one of the largest trade show and conference organizers for hydropower sector in Austria, Germany, Poland, Serbia and Bosnia-Herzegovina.

Since its establishment in 1997, REECO has organized over 100 trade fairs, conference, seminars and workshops for hydropower, attracting nearly 20,000 qualified attendees.