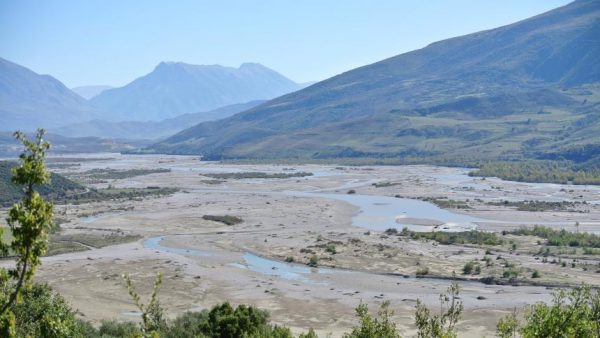 Hydropower production in the region since the start of July is nearly half levels seen a year ago as temperatures have hit around 40 degrees Celsius and rainfall has been scarce.

That has pushed benchmark spot power prices up 30 percent since the start of the year and forced the region’s cash-strapped countries to import more energy to meet demand.

Hydropower accounts for most of Albania’s power output and about half of Bosnia’s, while Croatia and Slovenia rely on it for 40 percent of their energy production.

Demand from the Balkans drove power prices in neighbouring Hungary well above those of its central European neighbours, one trader said on Wednesday.

The heatwave this month pushed electricity demand in Albania to record high levels, mainly for air conditioning, and forced the country to import around 80 percent of its energy at a cost of 30 million euros ($36 mln).

As the dry period is forecast to continue, Albania’s main electricity producer KESH has accepted bids to purchase 129,000 MWh of electricity worth 7.2 million euros to meet demand next month, it said.

Spot prices on the Croatian and Serbian power bourses, CROPEX and SEEPEX, hit seven-month highs this month of nearly 104 euros per MWh and 87.26 euros per MWh, respectively.

“The prices have increased by 10 to 15 euros per megawatt-hour monthly on average due to tight regional supply,” Milos Mladenovic, executive manager at SEEPEX, told Reuters.

Hydropower accounts for about 30 percent of Serbia’s energy production and 20 percent of Montenegro and Macedonia’s. Kosovo mainly relies on coal.

Declining production is hurting the region’s utilities, with Bosnia’s largest power utility EPBiH reporting a loss for the first half of this year, its first in five years.

The country’s second biggest utility ERS sought bids in July for the purchase of 136,080 MWh of power to meet demand in the third quarter of 2017, citing low water levels and an outage at its 300 MW coal-fired power plant Ugljevik.

Bosnia, normally the region’s only net power exporter, more than doubled power imports to 152 million Bosnian marka ($94 mln) in the first half of the year, according to data from the state statistics agency.

In addition, it imported nearly 300 million marka worth of coal to make up for the shortfall in hydropower generation, up from 140.9 million marka in the same period of 2016.

Serbian power utility EPS said its hydropower output in June-August was 35 percent lower than a year earlier. To compensate, it has increased production at its coal-fired power plants, it said.

Macedonia in June reported a 73 percent fall in production at its hydropower plants from a year earlier. ($1 = 0.8368 euros) (Additional Reporting by Aleksandar Vasovic in Belgrade; Editing by Ivana Sekularac and Susan Fenton)