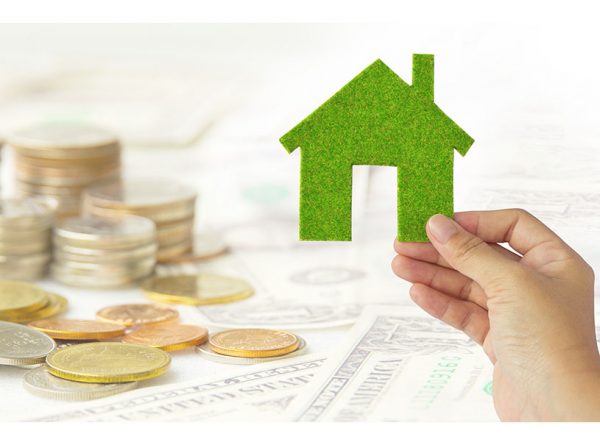 With supportive policy measures in place, good practices in energy efficiency financing are flourishing in the European Union. Now, through initiatives such as the REELIH project (Residential Energy Efficiency for Low-Income Households project implemented by Habitat for Humanity and USAID), attention is turning to the Western Balkans where energy intensive building stock and widespread energy poverty can be addressed by energy efficiency improvements.

The Western Balkans is the region composed of six Eastern and Central European countries: Albania, Bosnia and Herzegovina, Kosovo, the former Yugoslav Republic of Macedonia, Montenegro, and Serbia. All six countries emerged from the Soviet area with highly energy intensive economies, presenting a huge potential for energy efficiency.

The housing stock in this region mostly consists of energy inefficient multi-family pre-fabricated housing blocks, with little renovation. The share of multi-family dwellings in Central European countries is similar to the rest of Europe. What differentiates them is the significantly higher rate of owner occupied dwellings. While most properties are now privately owned, there is little sense of ownership, and a reluctance to renovate poorly performing buildings.

The energy intensity of the buildings is extremely high in these countries, and electricity prices remain heavily subsidised and relatively low, discouraging households to invest in energy efficiency.

However, subsidising energy consumption will neither help to reduce energy intensity nor solve the problem of energy poverty in the long-term. Rather, improving energy performance of multi-family buildings will help to achieve better indoor air quality and occupant comfort while also indirectly addressing global energy, environment and climate challenges.

The REELIH project (Residential Energy Efficiency for Low–Income Households focused on the financial and behavioural drivers for energy efficiency improvements in the Western Balkans and the Commonwealth of Independent States (CIS). REELIH also demonstrated how local communities can work with the public and private sectors to leverage resources for energy efficiency retrofits.

Good practices in the Western Balkans

The REELIH project was based on a project that was first held in Macedonia and then expanded to Bosnia and Herzegovina and Armenia. It analysed successful mechanisms for financing and national subsidy schemes. Further evidencing of success factors was provided by a study from the Metropolitan Research Institute which lists the success factors for effective schemes, taking into consideration financial and technical aspects as much as social and institutional factors.

Financial renovation measures seem to have raised awareness and contributed to the development of market-based solutions. Additionally, the human factor in implementing the interventions turned out to be the most decisive one.

In April 2017, the final conference of the REELIH project – the “Case for Eastern Europe” – took place. Outputs from the conference include a Policy Discussion brief for national governments and international organisations which lists recommendations and policy discussions.

Close to 50 million European citizens live in energy poverty nowadays and are unable to afford adequate heating, cooling, cooking, lighting and appliance use in the home. Energy efficiency measures could tackle this waste of money, energy and resources, and at the same time, positively impact health and even help to address energy security.

The European Commission estimates that “at least 50 % of the population spends more than 10% of their net income on energy – thus falling within the standard definition of fuel poverty”.  Improving multi-family buildings energy performance presents numerous advantages in terms of indoor quality of life, health improvements, increased sense of ownership, as well as benefits in terms of energy consumption, bills and security.

In addition, the European Energy Poverty Observatory (EPOV) is a 40-month long project to enhance the availability of information about the “socio-economic extent of energy poverty in Europe and measures to combat it”.

The REELIH project builds upon these initiatives for tackling energy poverty in the Western Balkans.

Going beyond borders: the EU in the neighbouring countries

The European Union is actively fostering energy efficiency investments in neighbouring countries. Through membership in the Energy Community, the Western Balkan countries have committed to adopting EU energy efficiency legislation.

The European Commission’s work in the region focuses on incentivising the regulatory framework as much as developing an investment platform to ensure market development. For example, the Directorate-General for Neighbourhood and Enlargement Negotiations (DG NEAR) makes long-term financing available to financial intermediaries.

With a further €150 million of grants to the banking sector for the next decade, the EU has played a significant role in developing energy efficiency finance in Southern Eastern Europe. Funding is channelled through three main initiatives: providing credit lines to improve the cost effectiveness of equipment; offering technical assistance; and fostering policy support.

As of today, there still exists a large quantity of big-scale, prefabricated building blocks in the whole region which are remnants of a common socialist heritage. Built with little, or no consideration for energy efficiency, their rising utility costs account for up to 50% of the income of their residents, effectively pushing them into energy poverty and therefore remaining as one of the biggest challenges to the region. The Western Balkans is welcoming more attention from the international community towards this region. Given the potential of buildings to reduce energy consumption by 40 to 50%, the business case for retrofits is compelling.

“Habitat for Humanity, together with partners, urges the international community to support the process of energy efficiency retrofits in this region through knowledge exchange, stressing the need to raise awareness”, says Zita Kakaleicikova. The organisation warns policy makers to take the link between energy efficiency and social inequality at heart, and break the vicious cycle of energy inefficiency and energy poverty.