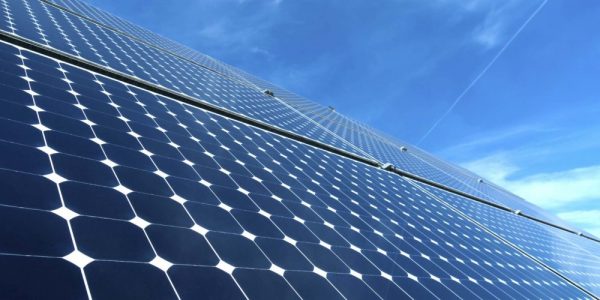 Current, Albanian domestic power generation profile dependent by 100% on hydropower, concentrate with 75% by the three plants of the River Drin (North Albania). To avoid the vulnerability of droughts, increasing the diversification and the security of supply, reducing the Greenhouse Gas (GHG) in comply with Energy Community (EnC) 38% target by 2020, early 2016 with DCM 27/2016 it is finalized National Renewable Energy Action Plan of Albania (NREAP) by MEI.

As it is make clear by hydro condition of this year, the country as to be cautious to further increase the share of hydro capacities. Hydro power plays already an important role in the region and Albania leads these countries, relying almost exclusively on hydropower (and import). This poses a challenge as in dry years import of electricity can rise rapidly. This, on the other hand raises concerns on security of supply for the country.

In order to analyse this issue, a sensitivity assessment has to carried out assuming lower precipitation level scenarios. As droughts usually occur at the same years in the whole region, all neighbouring countries face lower level of precipitation. This is an important assumption as drought affects these countries similarly and drive import and export prices upwards in a similar pattern.

The increase of gas-based generation will be only present in 2020. In the base scenario gas based generation is above 300 GWh/year, meaning a slightly higher utilisation rate of 1000 hour/year for the two CCGT plants. Although much higher, than in the normal year, this ratio is still below the level of economic operation. This indicates that the construction of the second CGGT block is not justifiable even if assuming limited hydro generation due to dry weather.

Important in regard is also the see of the impacts on the CO2 emissions. When hydro generation is substituted by import, there is an increase in emissions as well. However, import is not accounted in the national GHG emissions of Albania while CO2 emissions would definitely grow in the neighbouring countries (carbon leakage).

Less than usual rainfall significantly impacts the import position of the country. Net import position reduces foreseen by around 1500-2200 GWh, equalling around 15% of gross consumption of Albania in 2030. While in ambitious scenario of develop of Res the country would become significant exporter in a ‘usual’ year, the export would be cancelled out by the drought and the country would remain an importer in such years.

Then, in early May 2017, Albania’s Minister of Energy and Industry (MEI) and European Bank for Reconstruction and Development (EBRD) signed a Memorandum of Understanding (MoU) with the goal to stimulate sound investments in solar power generation. Based also on the EBRD and the Energy Community Secretariat (ECS) MoU, the total of planned installations is projected rise at 800 megawatts (minimum 500 mil Euro) of power within 2020.

The overall conclusion from the sensitivity assessment underlines that the security of supply concerns due to the exposure to higher hydro generation are well founded. However, this statement holds only if based purely on traditional generation sources point of view. If a more innovative view is applied, it could say that due to the high fotovoltaik and wind potential of the Albania, there is no shortage of capacities in the satisfy the overall national demand even in a dry year, if the planned capacities included in the scenarios are built. 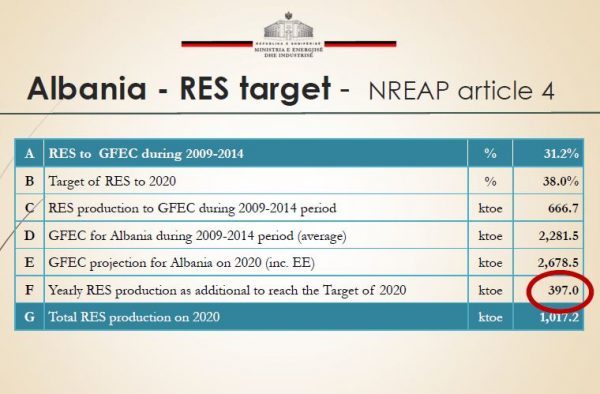 Disclaimer: The consultation of this article can be made through its original source. The authorship and the opinion expressed pertain to their authors. While every effort are made by Esc Adriatic to ensure the accuracy of which publication, it is not intended to provide legal advice as individual situations will differ and should be discussed with an expert and/or lawyer. For any specific technical or legal advice on the information provided and related topics, we offer to direct communication through “info@albaniaenergy.org”.