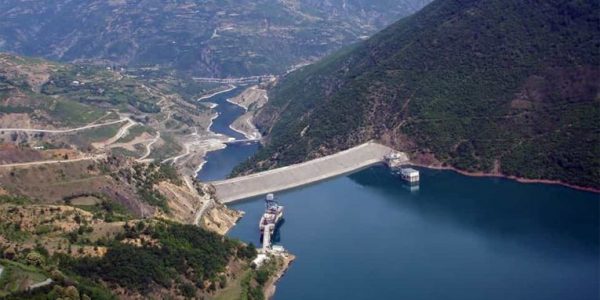 Albania has to import around 80 percent of electricity to cover consumption due to the exceptionally dry period and high temperatures, according to the media.

The Albanian Power Corporation (KESH) has signed a contract to import 434,000 MWh of electricity in order to secure power for the month of August. The contract is worth EUR 30 million.

Albania has launched import procedure in late June. It purchased 285,000 MWh of electricity for the month of July.

The country is forced to import the electricity as it is highly dependent on hydropower plants (HPPs) production and the drought has caused the water level in Albanian rivers to drop. At the same time, the energy consumption has increased in the last weeks, mainly for air conditioning.

Albania produces almost 100 percent of its electricity from HHPs, most of it from three power plants along the Drin river. The Drin river, the largest river in the country, hosts  HPPs Fierza (500 MW), Komani (600 MW ) and Vau i Dejes (250 MW).

The water level at the HPP Fierza fell below the minimum level and it works with minimum capacities. The situation is similar when it comes to the other two HPPs.

KESH warned that if this severe weather condition continues the country could become fully dependent on the electricity import.