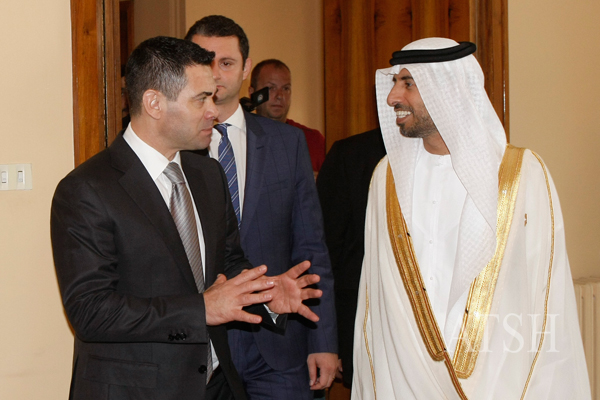 During the visit to Albania of the United Arab Emirates Minister of Energy In October 2015, the two countries signed an Investment Protection Agreement. This Agreement was published in the Albanian Official Gazette in December 2015. Article 20 of the agreement provided that the entry in force of the agreement would depend on the domestic constitutional provisions of each signatory party. Following necessary internal procedures, the agreement has entered into force on the 17th of February 2017 and will be valid for a period of ten years. After 10 years, the agreement will continue its effects only if none of the parties request a termination in writing.

The main objective of the Agreement is the provision of direct guarantees for investments from both countries with the purpose of boosting economic development.

The IPA will be applied to all the investments performed by investors of one contracting party on the territory of the other contracting party, by guaranteeing them full protection and security, in accordance with the domestic legal provisions of the host contracting party. The obligations arising from the IPA agreement are mainly related to the overall domestic policies and the creation of a favorable business climate.

– Non-discrimination of investors of the contracting states in comparison to national investors or any other foreign investor;

– Protection of investors from unfair treatment and actions not in conformity with domestic laws or international law provisions;

– Dispute resolution through national courts or any international arbitration forum.

The investments of the other contracting state will not be nationalized, expropriated, or removed from possession, by the host contracting state, except in cases of public motives and versus prompt and sufficient compensation, provided that these measures are taken on a non-discriminatory basis and in accordance with the procedures established by law. The agreement also sets out directions regarding the modalities of determining a fair compensation.

The agreement obliges the state parties to permit investors of the other state party to transfer any kind of payments deriving from the investments within its territory and out of it. The transferable payments provided by the agreement include the investment’s capital, contract payments, revenues from sales, compensation payments, etc.

In case a dispute between one of the state parties and any of the investors of the other contracting party is not settled amicably, the investor has the right to present a request for the solution of the dispute at the:

– Competent court or administrative court of the contracting state party;

– The arbitration founded according UNCITRAL, ICC or ICSID provisions;

– Any other settlement or arbitration forum accepted by the investor and the contracting party in dispute.

The decision, regardless of which judicial, arbitration or settlement institution is used, shall be binding and shall not be subject to any appeal. This decision will be enforced without delays by the contracting party in accordance with the domestic provisions about the enforcement of a final court decision.

The Investments Protection Agreement between Albania and the United Arab Emirates is an important step towards the countries’ improved economic cooperation. The agreement guarantees income repatriation, free transfer of investments linked to converted exchange rate funds, equal and fair treatment, information exchange, economic program initiatives, and organization of promotional activities. Both parties are committed not to hinder in any way, through arbitrary and discriminatory measures, the administration, retention, use or disposal of investments.

The foreign investments will be regulated by the domestic laws that are in force on the territory of the hosting contracting party. The investors of each party will have the right of access to court, public agencies, administrative courts and any other judicial or administrative institution.

The agreement provides that the parties will do their best to make public all laws, regulations, policies, procedures, that may influence the investments of the other party’s investors.