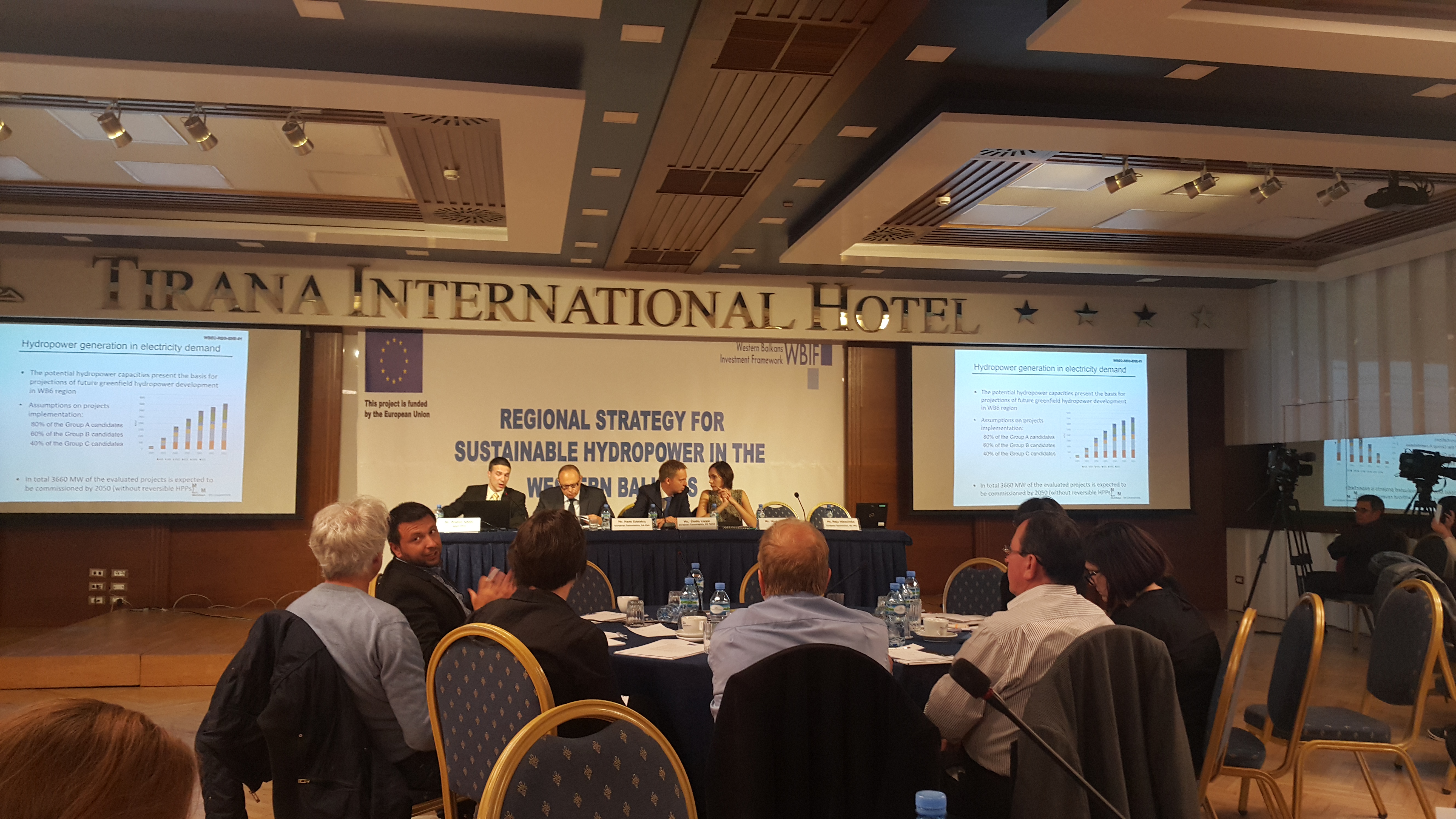 Western Balkans region needs new sources of energy production. In the coming years, it must decommission aging and polluting fossil-fuel generation capacity and reduce the energy intensity of economies by implementing ambitious targets for energy efficiency.

In the context of replacing carbon-intensive generation capacity, and in view of achieving the 2020 renewable energy targets established by the Western Balkans countries in their respective National Renewable Energy Action Plans as part of the obligations agreed under the Energy Community Treaty, all renewable energy sources will play a strategic role in the new energy mix.

In view of the considerable potential of the region due to its topographic and hydrologic characteristics, hydropower already plays a significant role in the renewable energy contribution. This role could be strengthened.

The Western Balkans region has a strong tradition of hydropower development and hydropower already contributes to 49% of the electricity production of the six countries – with variations between Albania already producing almost 100% of its power from hydro, and Kosovo*  where hydropower contributes a mere 2.2% . However, with 90% of the region’s capacity constructed before 1990, of which about 10% before 1955, infrastructures are aging and at risk after years of under-investment. Rehabilitating existing structures is thus crucial to safeguard the present contribution that hydropower makes to the region’s energy mix.

Considering the limited capacity increase that can be achieved by upgrading structures during rehabilitation, and in order to meet growing energy demands, new generation plants are likely to be developed in addition across the region.

Hydropower is a relatively clean energy, mostly free of CO2 emissions during operation. However, it can have large, negative impacts on the environment and, in particular, on water resources, the ecological quality of the rivers and the associated ecosystems and biodiversity. The region’s uniqueness, in terms of nature and biodiversity, imposes an additional obligation on all partners to preserve the environment as well as the social, economic and ecological services it provides. This implies that any new plant needs to be developed carefully to prevent environmental damages and mitigate risks, in particular when they are planned on protected, high natural value or biodiversity sites.

In addition, there is a scientific consensus that the Western Balkans will suffer disproportionately from climate change. Precipitation is expected to decrease, especially during the summer months. This will result in a progressive decline in water availability, compromising energy generation from hydropower sources. At the same time, changes in climate patterns and more frequent and extreme weather events (such as those that caused the tragic floods in 2014) will have to be integrated in future development of hydropower.

Existing assumptions about the viability of hydropower plants will need to be updated to take account of hydrological change resulting from climate change. The objective of balancing the future role of hydropower in the region’s energy choices – building up a low-carbon generation capacity and using indigenous resources which can reduce external energy dependency – with the need to develop hydropower in a much more sustainable fashion than in the past constitutes the essence of the study ‘A Regional Strategy for Sustainable Hydropower in the Western Balkans’.