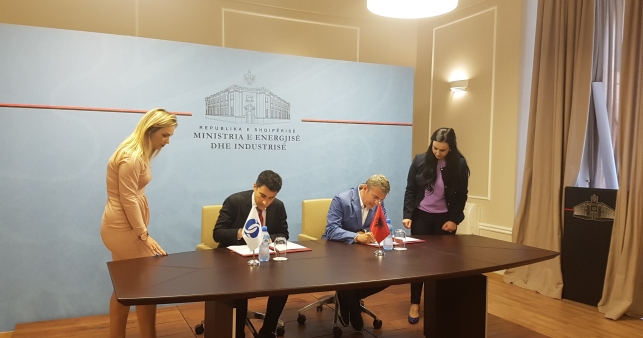 Through the auction, which will receive the support of the European Bank for Development and Reconstruction (ERBD), the government hopes to install between 30 MW and 50 MW of solar.

The Albanian Ministry of Energy and Industry is currently reviewing another project proposal for a PV project that very likely will compete in the solar energy auction announced in early May.

The ministry announced that the Albanian company In Food Sh.P.K. is planning to build a 1.97 MW PV power plant in Gomsiqja, in the Shkodër County, northern Albania. The project will require a surface of 38,000 m2 and an investment of €2.7 million, the ministry said in a document published on its website.

Meanwhile, the country’s minister of energy Entela Cipa said to the local press that, overall, 10 similar proposals for PV and hydropower projects of up to 2 MW have been filed by the ministry to date, and that these projects will be fast-tracked in order to ensure that this new installed capacity may be operational starting next year.

Furthermore, the minister said that solar projects selected in the upcoming auction are expected to reach an installed power capacity between 30 MW and 50 MW.

Although the date of the auction is still unknown, the government is currently being assisted by the European Bank for Reconstruction and Development (EBRD) in setting up the tender rules.

Prior to the project submitted by In Food Sh.P.K., several more PV projects of the same size were submitted to the Ministry of Energy and Industry, the latter of which was a 2 MW project planned by AEE sh.p.k. The plant is expected to be built in the municipality of Lushnje, in west-central Albania, at a cost of €1 million. Another application was filed by Albanian General Electricity SH.A. and A.E. Distribution. The two companies hope to install a €2 million plant in Fier, in the homonym province.

The ministry is also evaluating two proposals for two 50 MW solar plants. One project, located in Malik, a municipality in Korçë County of eastern Albania, was proposed by a consortium formed by local companies Solar Gamma Sh.p.k., Alfa Energy Sh.p.k., Beta Energy Sh.p.k., Delta Solar Sh.p.k. and Solaris Sh.p.k., while a second 50 MW plant is being planned in Novoselë, a village in the Vlorë County, by the special purpose vehicle Novoselë Photovoltaic PowerPlant Sh.P.K.