Albania, from the largest continental onshore oil reserves in Europe, to the new bridge between the Balkans and Italy, by Dr Lorenc Gordani 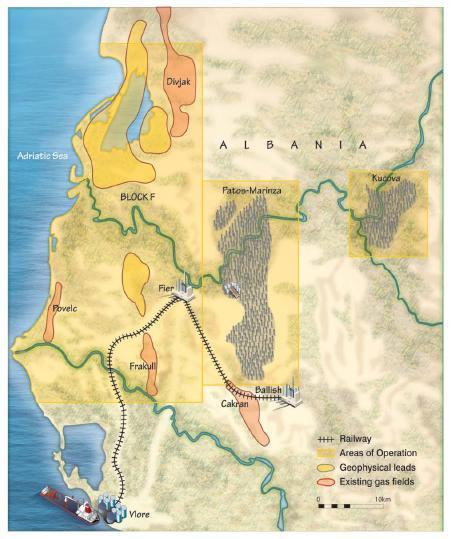 Albania’s long history of oil production dates back some 2,000 years, when the Romans mined bitumen in the southwest (Apollonia, today the city of Fier) to caulk their ships. The first wells were drilled in the early 1900s, with Rockefeller’s Standard Oil and the predecessor of BP, Anglo Persian Oil Company, leading the expansion of Albania’s oil industry. In 1932, the largest European onshore oil field was discovered at Patos-Marinza, now operated by Bankers Petroleum.

According studies performed by foreign companies and Albpetrol between year 1985 and 1990, petroleum reserves at existing Albanian drill sites totalled about 437.6 million tons, however recoverable stocks estimated based on extracting methods applied in those years amounted to only 81 million tons.

Based on the same studies Albania’s known natural gas reserves have been estimated at 18,164 million Nm3 and lie mainly in the Kuçova and Patos areas. Albpetrol reported cumulative gas produced until the end of 2012 of 12,504 million Nm3. The Albanian Government has not undertaken further studies to reassess oil and gas reserves in accordance with current international standards.

In 2015, oil and gas sector counted five companies extracting crude oil in the southern part of Albania and four companies engaged in exploration activities. The State participated in the upstream oil sector through direct ownership of Albpetrol, engaged in exploration, development and production of oil and gas. Albpetrol holds shares as a primary licensee in all oil fields discovered up to 1993. In order to pursue efficient operations, Albpetrol sub-granted its rights to private oil companies. Production of crude oil has more than doubled since 2003, when private oil companies started operating in the sector. 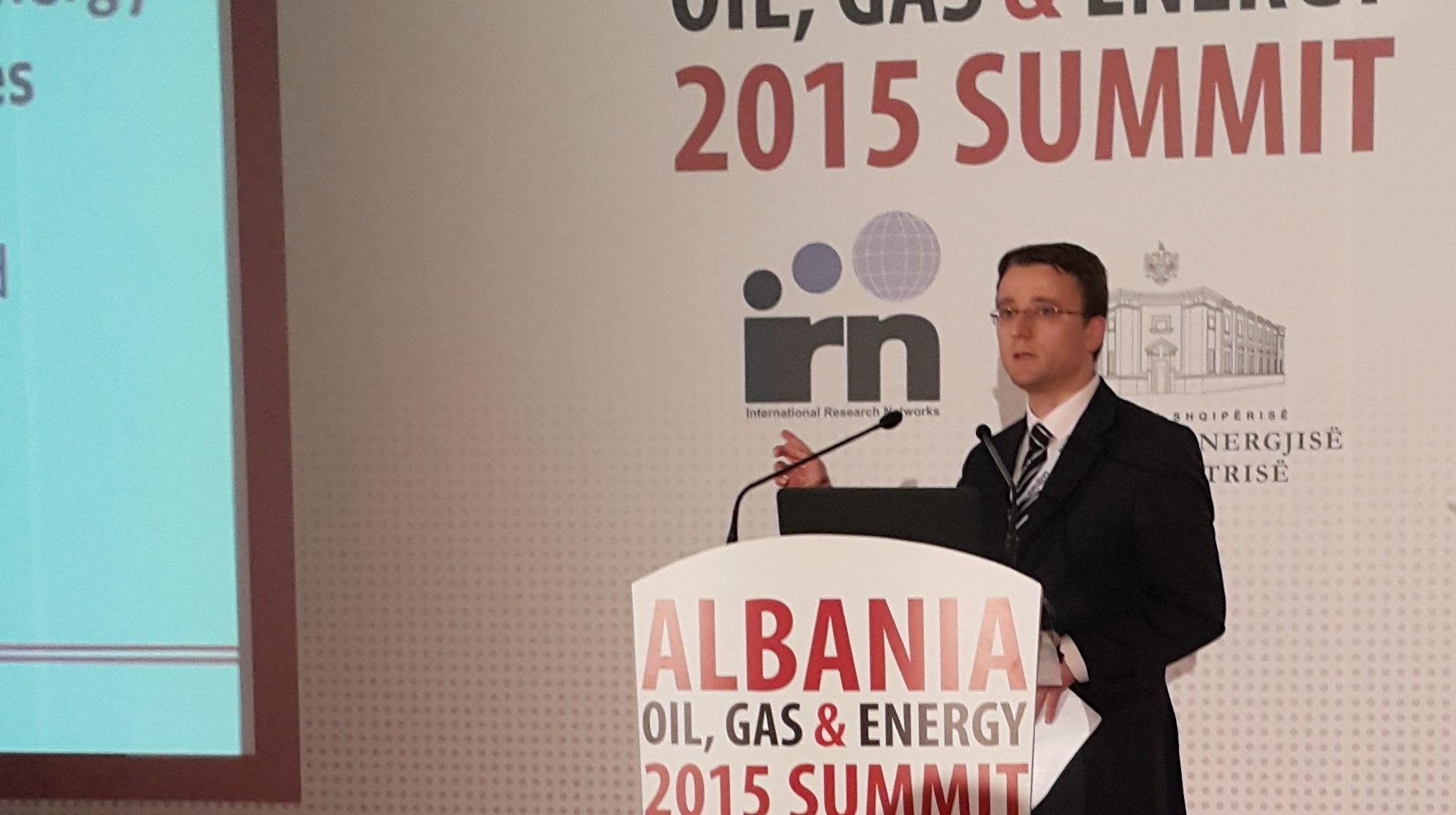 In 2015, AKBN reported domestic crude oil production at 1,279 thousand ton with an estimated worth of USD 325 million. Bankers Petroleum operating the Patos-Marinza oilfield, extracted about 89% of total crude oil output in 2015. Whereas, Albpetrol production counted at about 4% of domestic output. Fiscal and non-fiscal revenue collected from the oil and gas sector were above 1.1% of total revenue recorded in the National budget in 2015.

Currently oil refining in the country focuses on production of bitumen and petroleum coke. Internal consumption is fulfilled through imported refined oil, meanwhile crude oil produced in the country is exported to be refined abroad, etc. ARMO Sh.a. (“ARMO”) is the only oil refining company operating in Albania. ARMO is established as a spin off from the State-owned oil company Albpetrol Sh.a. in April 1999.

In August 2008, the Albanian Government privatized 85% of the shares in ARMO to Anika Mercuria Refinery Associated Oil (“AMRA Oil”), established by Albanian entrepreneurs, who sold their shares in AMRA Oil to Heaney Asset Corporation (80%) and Refinery Associate of Texas (20%) in August 2013. Since then Heaney Asset Corporation had effective control in ARMO through indirect ownership of 68% of the shares.

The operation of the refineries of Ballsh and Fier were rented out to respectively to Deveron Oil Albania Sh.a (Deveron), affiliated to ARMO, and TPD Trading Petrol & Drilling Sh.a. (TPD). In 2016, Bankers Petroleum announced signing of a conditional domestic offtake crude oil sales agreement with Ionian Refining and Trading Co. – IRTC SH.A. (“IRTC”) to sell up to 65% of its crude oil production pre-payment.

Oil produced in the country is mostly exported to be refined abroad. Internal consumption for refined oil is fulfilled through imported oil. Exports of crude oil comprised about 55% of total exports from extractive sector at the end of 2015, contributing to 13% of total exports. During the last five years, petroleum was exported mainly to the Western Europe countries, where Italy appears to be the major importer of oil, followed by Spain and Malta.

Currently, crude oil is transported via oil tanks from the oil fields to the costal terminal of La Petrolifera Italo-Albanese Sh.a. in the Port of Vlora. La Petrolifera Italo-Albanese Sh.a. operates the costal terminal for oil, LPG and their derivatives in the port of Vlora serving the upstream oil and gas companies with the deposit of crude oil to be exported.

Oil transporting capacities include also two crude oil pipelines that connect the two refineries with each other and to Vlora oil terminal. In total, the oil pipeline network is 188 km long and has a capacity of 2.5 million tons per year. Both pipelines are out of operation due to poor condition. 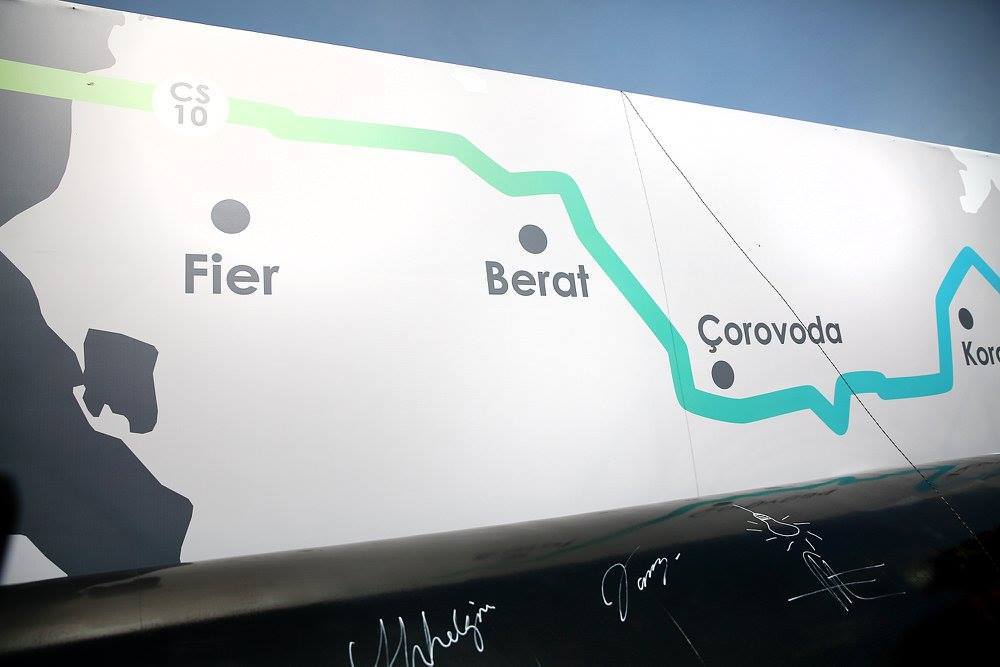 Albania will have access to gas supply in five years through connecting to the Trans-Adriatic Pipeline crossing through 215 kilometres the southern part of Albania. Albania hopes to be a major player in the distribution of gas in the region as a result of the Trans Adriatic Pipeline, TAP, which will start bringing natural gas from the Caspian Sea to Europe in 2020. Albania has already formed a public company, Albagaz, to handle the transmission and distribution of TAP natural gas in the country and in neighbouring lands.

Albania aim to play a leading role in participating in the building of two big regional projects deriving from the TAP. The Albania-Kosovo Gas Pipeline, ALKOGAP, is a project pipeline that aims to transmit natural gas from Albania to neighbouring Kosovo. The pre-feasibility study for this project is expected to finish in 2018 and there is a strategic importance of this project, which will gasify Kosovo, as one of the only countries not connected with European gas networks.

The other major project that is expected to be financed mainly with EU money is the Ionian Adriatic Pipeline, IAP, which will provide gas also for Montenegro, Bosnia and Croatia. The deal on this was brokered by energy ministers of the four countries meeting in Montenegro in May 2016. Within this year, a unit with representatives from the countries and from the Azerbaijan state oil company, SOCAR, will start work.

The study for its construction is expected to finish within 2019 and then the physical part of the project will kick off. Construction of this pipeline would deal with the gasification of Albania, Montenegro, South Croatia and Bosnia. The project is 540 km long, starting from Fier in Albania and finishing in Split in Croatia. The total investment for the project is 618 million euros. The IAP will have a capacity to transmit around 5 billion cubic meters of natural gas, bcm, of which 1 bcm will be for Albania, 0.5 for Montenegro, 1 for Bosnia and 2.5 bcm for Croatia.