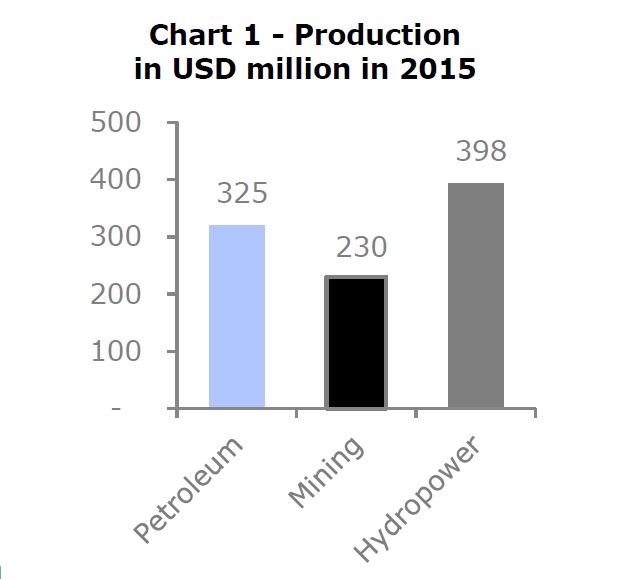 Based on data reported by Government agencies, production value generated during 2015 by these sectors is estimated at USD 953 million. The sectors’ collective known contribution was about 4.1% of the revenue recorded in National Budget for 2015, however employee collectively less than 1% of total employee workforce registered in the country in 2015, based on AKBN statistics.

Crude oil comprised about 59% of the total output from the extractive sector. About 89% of crude oil was extracted from Bankers Petroleum operating the Patos-Marineza oilfields. The reconciliation and reporting according to the EITI standard covered all companies operating an exploration license and production license in oil and gas, 106 mining companies and 19 hydro-energy companies.

The data are made public by the 6th Albanian Extractive Industry Transparency Initiative Report and covers the year ended 31 December 2015. Extractive Industry Transparency Initiative (“EITI”), is a global initiative which seeks to improve the governance of the extractives sector globally. Albania stands among 51 countries adhering to the this initiative in promoting public awareness about how the country manages oil, gas and mineral resources.