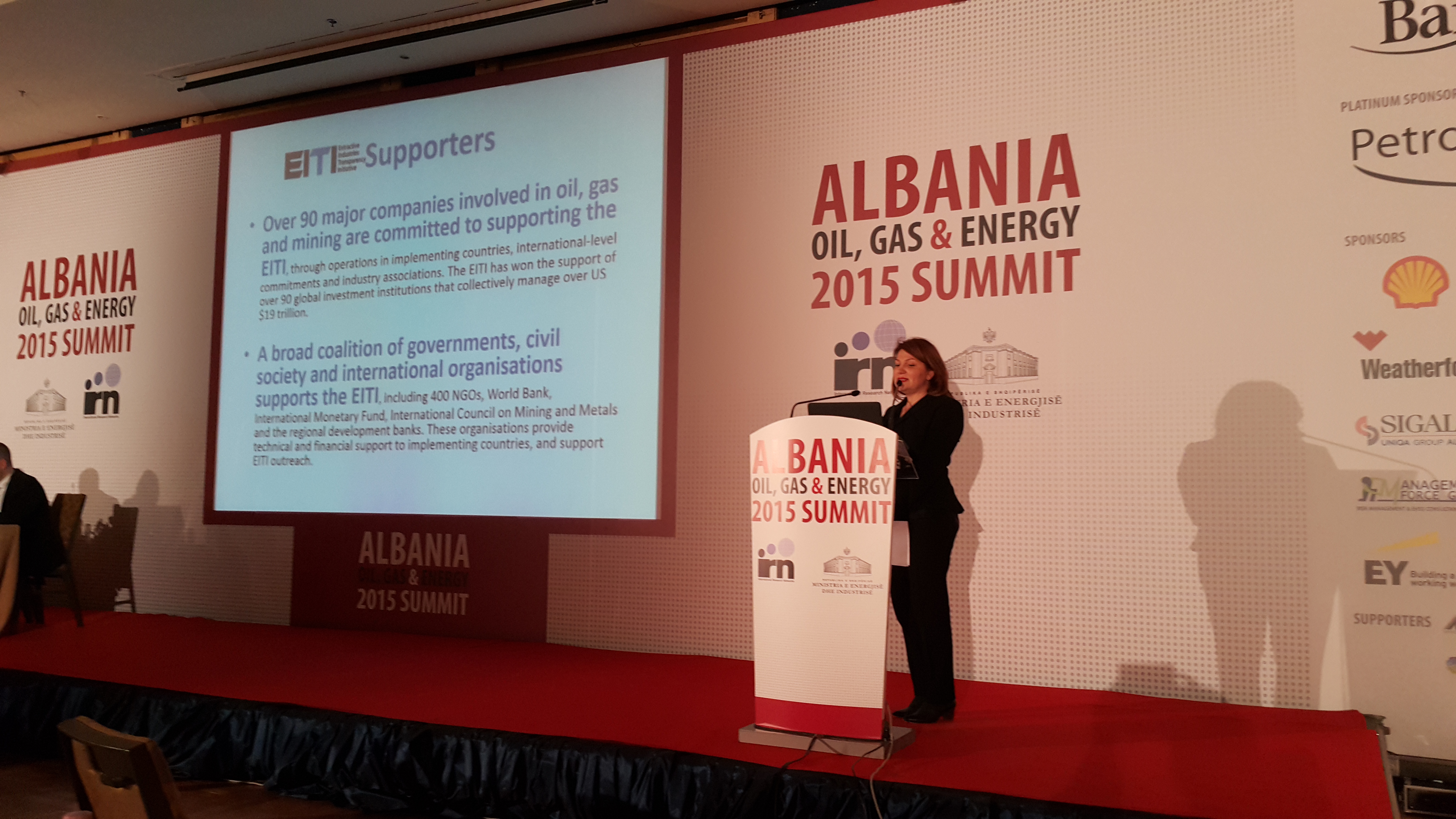 The Government of Albania participates in the oil and gas industry through Albpetrol, the state-owned oil company engaged in exploration, development and production of crude oil and gas.

At 31 December 2014, Albpetrol held shares in five Production-Sharing Agreements (PSAs) with other companies operating the production of oil and gas. In addition, Albpetrol operated on its own wells located in Ballsh, Patos and Kucova.

Albpetrol sells the oil received from PSAs (profit share) and extracted through its own oil field operations (equity oil) through open public auctions. The auctions allocate annual contracts to sell oil, and the quantity of oil to be sold under the contract is based on the annual forecasts of oil to be received in-kind by Albpetrol. Albpetrol delivers oil and collects payments from the company contracted to sell the oil in accordance with a pre-defined annual schedule.

In 2016, Albania signalled its interest to participate in the EITI’s targeted efforts on commodity trading. The 2015 EITI Report was published in March 2017, disclosing some interesting features of how commodity trading works in Albania, notably:

– The type of oil production that Albpetrol sells.

Albpetrol receives profit share in-kind from licensees in exchange for their rights to produce oil as well as equity oil as a return on investments from the projects that Albetrol has decided to participate in. The commodity sales report covers both types of oil and estimates how much of what is sold is equity oil – about 29% – as opposed to profit share.

This includes both quantities forecasted to be traded under the contract as announced in the auction, amounting to 100k tons in 2015, as well as actual quantities sold during FY 2015, notably 85k tons. The actual sales values and price are disaggregated by month.

The report provides an overview of how auctions are conducted, including references to the legal framework governing auctions and a description of the committee managing the auctions. A summary of the auctions in 2013, 2014 and 2015 are disclosed, including the forecasted sales volume of the contract, the auction starting price, the winning bid, the name of the company winning the bid, the name of non-winning applicants and links to further information. In 2015, it was TPD-Trading Petrol & Drilling who won the contract, but the report also shows that it was the sole applicant.

– Explanation of the pricing system.

The report includes a brief explanation of the pricing system. The auction start price is set with reference to Brent oil prices through a formula that considers quality of oil to be delivered, access to international markets etc. The price includes adjustments for the transport costs in consideration to the delivery point.

According to the report, it seems like Albpetrol retains the revenue from both the sale of profit oil and the sale of equity oil.

Albania has not yet decided on the scope of its further commodity trading transparency work. Opportunities could include disclosure of beneficial ownership information for the company contracted to sell the oil, disclosure of the actual sales contract or key terms of the contract, and disclosure related to Albpetrol’s spending of the revenue retained.

Commodity trading, case study: In this case study, the EITI International Secretariat highlights Albania as an example of innovation.