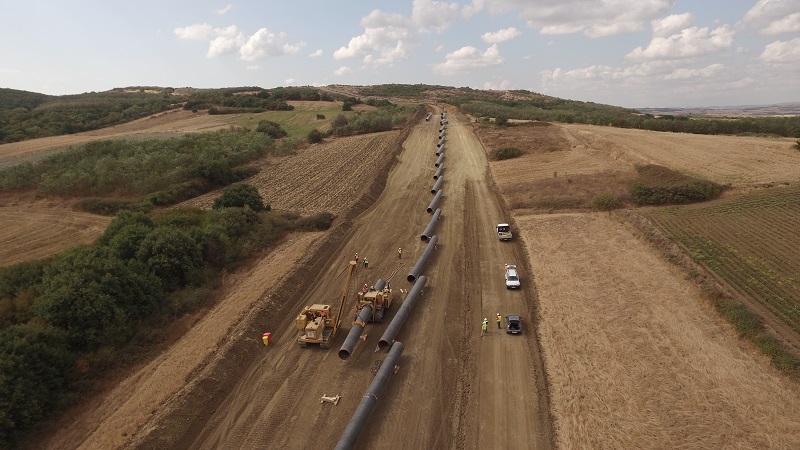 Baar, Switerland. Tomorrow marks the one-year anniversary since construction started on the Trans Adriatic Pipeline (TAP), one of Europe’s largest and most strategic energy (natural gas) infrastructure projects. Activity in each of the three host countries is on time, on track and on budget.

Much has been achieved over the past twelve months. As of early-May 2017:

TAP Managing Director Ian Bradshaw said: “We are pleased with our performance. In terms of overall project progress, we are approximately 41% complete, including all engineering, procurement and construction scope. We are on track to deliver first gas from Shah Deniz II in 2020, becoming an active part of the European energy network, enabling more competitive and secure energy to reach homes and businesses.”

“I am particularly pleased that today, approximately 173km of welded steel pipes – around 21 times our project length in Italy – have been put in the ground in Greece and Albania. TAP remains fully committed to reinstate land to its original condition or better. A project of this scale and magnitude will face daily challenges, however, we are well positioned to address and manage them by working closely with our teams, our supply network and alongside communities.” Bradshaw added.

TAP has an equally ambitious programme for the next twelve months. By this time next year, it plans to have completed the clearing and grading of the route across Greece and Albania and have approximately 67% of welded pipes placed in the ground (backfilled).