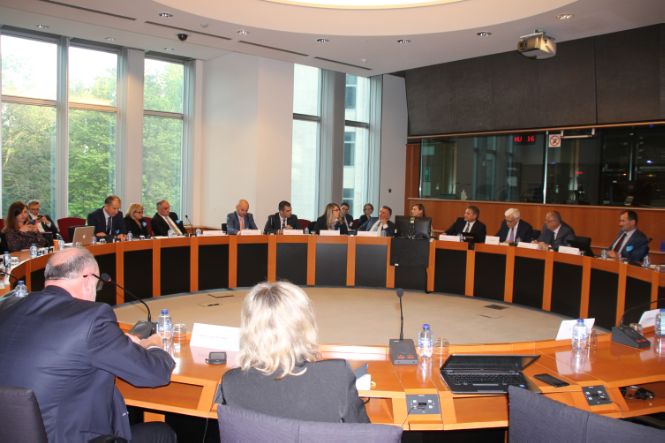 The Plenum appointed Mr Besim Beqaj as rapporteur (Energy Community National Parliament) and Mr Claude Turmes (European Parliament) as co-rapporteur on a joint report to be adopted at the Plenum’s next meeting on 18 October 2017 in Pristina. The report will be forwarded to the Energy Community Ministerial Council. Other rapporteurs may be appointed to draft reports on various topics of common interest at a later stage.

The meeting was proceeded by a debate on the Energy Community’s role in the EU’s Clean Energy Package, which took place as part of the regular meeting of the Committee on Industry, Research and Energy of the European Parliament. Members of Parliament agreed that the future adoption of the Clean Energy Package in the Energy Community should be viewed as an opportunity, bringing additional benefits to the Contracting Parties in terms of reaping the benefits of truly integrated energy markets and empowering energy consumers, including inter alia affordable energy prices, protection of the energy poor and secure energy supplies.