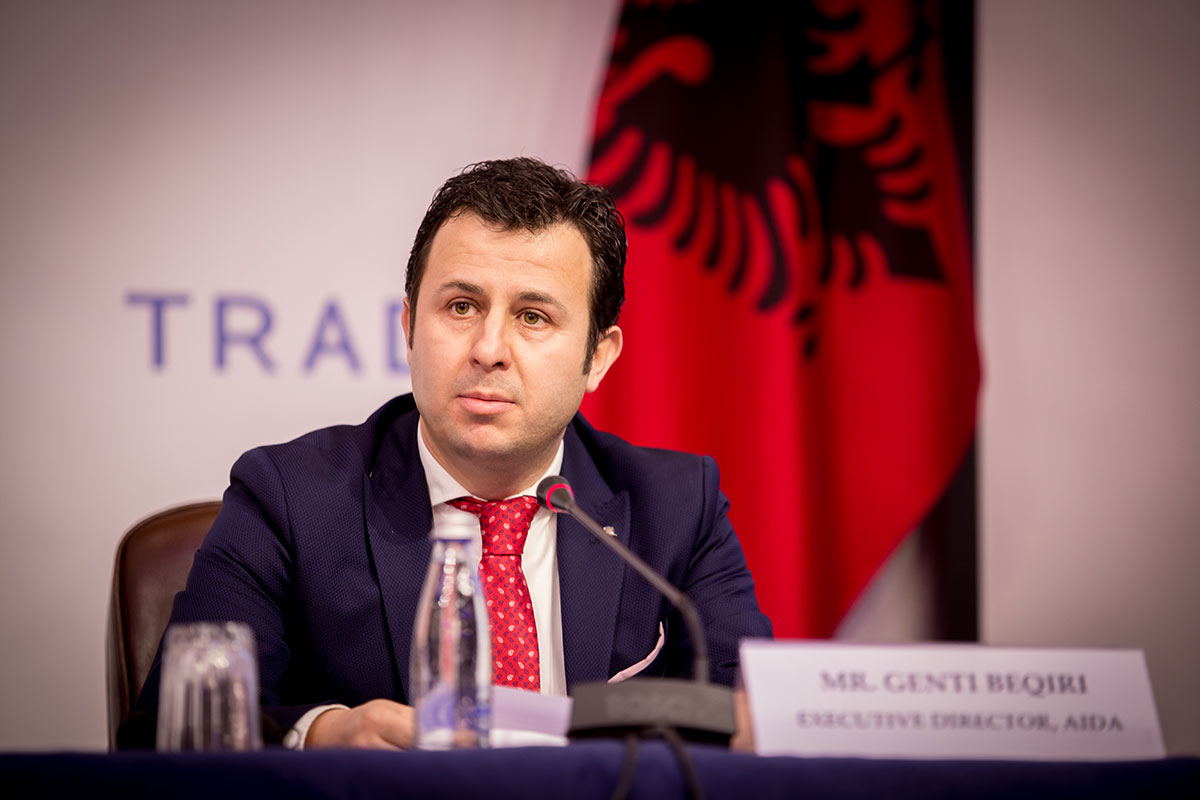 TIRANA — In the last two years, there has been increasing interest from Chinese companies to invest in Albania and based on such growing interest, Albania could become a “focal point” in the Western Balkans for Chinese investments, whether public or private, a senior Albanian official told Xinhua in a written interview Tuesday.

Genti Beqiri is the head of the Albanian Investment Development Agency (AIDA), a governmental agency directly oriented by the minister of economy and has a management board chaired by the prime minister.

According to him, Chinese companies have shown interest in strategic sectors of Albania and have also increased the level of international trade.

Over 90 Chinese companies have visited Albania to seek for investment opportunities, trade partners, projects or other opportunities of cooperation with Albania during last year. Projects in the field of energy, infrastructure, industrial areas, ports, mining, production and product processing, has been on their focus, he said.

Meanwhile, Beqiri noted that the number of Chinese enterprises present in Albania was around 150, according to National Registration Center data, Chinese companies conduct their business activities mainly in the trade sector, wholesale and retail, but there are also companies that operate in the mining sector, telecommunication, he said.

He also mentioned the two big investments made by Chinese companies in Albania — namely the acquisition of the oil company Bankers and Tirana International Airport.

In March of 2016, the Canadian Banker’s Petroleum Company, announced the sale of oil exploration and production rights to the Chinese company Petroleum Geo-Jade.

In April, the Chinese consortium, “Keen Dynamics Limited”, an association of companies China Everbright Limited and Friedmann Pacific Asset Management Limited (Friedmann Pacific) announced the acquisition of the concession rights of Tirana International Airport. This group will cover the airport management up to 2025, with an additional two-year possibility, until 2027 after the approval of the government, Beqiri said.

He further said that major Chinese companies had expressed interest in signing long-term contracts with Albanian companies operating in the field of chromium extraction, since they seem to be the biggest buyer of this mineral.

Albania is in a good economic moment and Chinese companies can take advantage of Albania to expand not only within its territory, but in the entire Balkan region and beyond, according to him.

In terms of the sectors that he would suggest for investments to the Chinese companies, the head of AIDA said that Albania offered a range of public-private investment opportunities in stable and growing sectors such as energy and mining, transport, electronic communications infrastructure and urban waste; tourism; agriculture and fisheries and economic zones.

In terms of the opportunities to further improve economic relations between Albania and China, he noted that progress had been made in the context of economic and business cooperation between the two countries.

The trade volume between Albania and China has grown steadily in recent years and China is now the third partner related to trade exchanges, he said.

On the other hand, he stressed that Chinese market was a great opportunity for business, especially for Albanian exporters.

China can play and is playing a major role in many programs of integration and economic development that are no longer national but regional and therefore we should benefit most from cooperation relations to increase trade and economic relations, Beqiri declared.

Concerning the attraction of foreign and Chinese investors in Albania, he stressed that the Albanian government is undertaking steps regarding the improvement of the investment climate.

He described Albania as an attractive country, a growing market with stable economic, political and legal structure, as well as a liberalized economic framework and good conditions for doing business.

Beqiri also said that AIDA is part of the mechanism of contacts for Settlement of Investment Promotion Agencies China-CEEC, established under the initiative for economic cooperation 16+1 between China and central and eastern European countries.