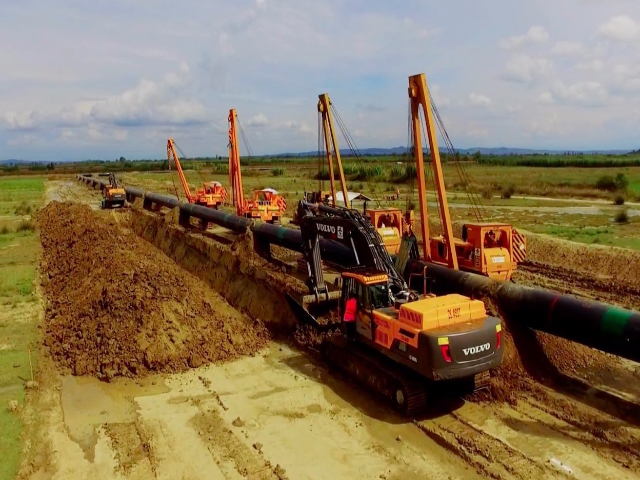 Energy experts say the country stands to benefit hugely from major energy projects linked to the Trans Adriatic Pipeline, which will run bring Caspian Sea gas to Europe across Albania.

Albania hopes to be a major player in the distribution of gas in the region as a result of the Trans Adriatic Pipeline, TAP, which will start bringing natural gas from the Caspian Sea to Europe in 2020.

The project, work on which will start within the next three years, will run through Albania with 215 kilometres on land and 37 km offshore in the Adriatic Sea.

Albania has already formed a public company, Albagaz, to handle the transmission and distribution of TAP natural gas in the country and in neighbouring lands.

Dritan Spahiu, chief of the Directorate of Policies and Development of Hydrocarbons in the Ministry of Energy and Industry, told BIRN that Albania will play a leading role in participating in the building of two big regional projects deriving from the TAP.

The Albania–Kosovo Gas Pipeline, ALKOGAP, is a single project pipeline that aims to transmit natural gas from Albania to neighbouring Kosovo.

“The pre-feasibility study for this project is expected to finish in 2018 but we want to emphasize the strategic importance of this project, which will gasify Kosovo, as one of the only countries not connected with European gas networks,” Spahiu said.

The other major project that is expected to be financed mainly with EU money is the Ionian Adriatic Pipeline, IAP, which will provide gas also for Montenegro, Bosnia and Croatia.

The deal on this was brokered by energy ministers of the four countries meeting in Montenegro in May 2016.

Within this year, a unit with representatives from the countries and from the Azerbaijan state oil company, SOCAR, will start work.

The study for its construction is expected to finish within 2019 and then the physical part of the project will kick off.

“Construction of this pipeline would deal with the gasification of Albania, Montenegro, South Croatia and Bosnia. The project is 540 km long, starting from Fier in Albania and finishing in Split in Croatia. The total investment for the project is 618 million euros,” Spahiu explained.

The IAP will have a capacity to transmit around 5 billion cubic meters of natural gas, bcm, of which 1 bcm will be for Albania, 0.5 for Montenegro, 1 for Bosnia and 2.5 bcm for Croatia.

Pajtim Bello, a former vice-minister of energy in Albania, who led the Albanian delegation in June 2005 when the TAP project was discussed between Greece, Albania and Italy, told BIRN that it was a “golden” opportunity for the country.

“Our Greek counterparts were strongly opposed to the passage of the route from Albania, since we would then become the gas transmission hub for all the Western Balkans, but it was decided to do so as Albania was more favourable for the TAP,” he recalled.

Bello believes Albania will benefit in infrastructure, from transmission tariffs to gasification of the country itself, plus the jobs that whole TAP project has the potential to bring.

However, he said Albania needed to show good negotiation skills and conduct careful preparations in order to be able to fully benefit from the TAP investment and what derives from it.