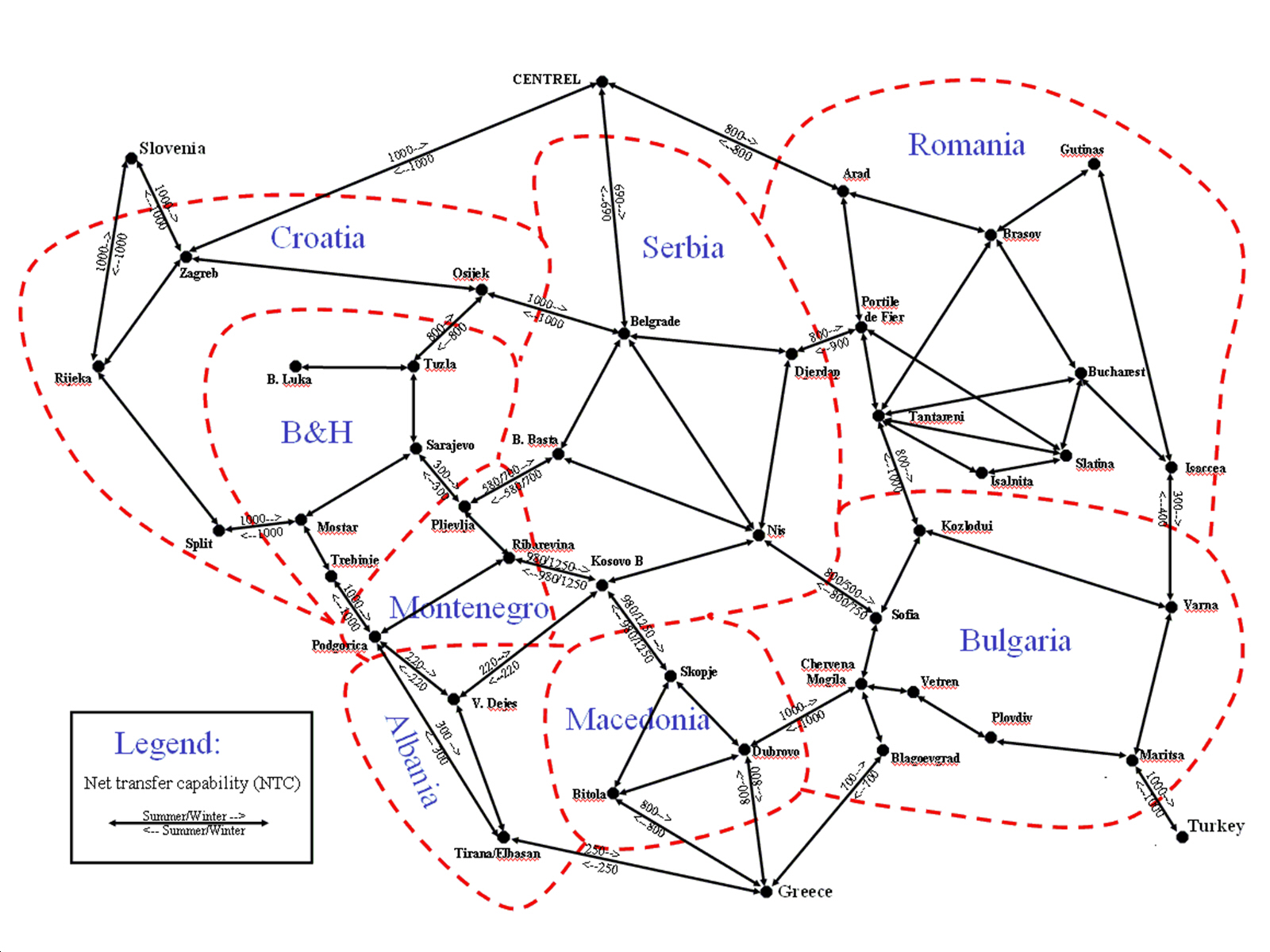 The electricity market has fundamentally changed since 2009 when the Third Internal Energy Market Package was introduced. Through common energy market rules and cross-border infrastructure, energy can be produced in one EU country and delivered to consumers in another. The WBs, representatives of transmission system operators, regulatory authorities, ministries of energy and power exchanges of the Western Balkans 6 (“WB6”) participants signed a Memorandum of Understanding on Regional Electricity Market Development, thus establishing a framework for future cooperation in Vienna, on 27th of April 2016.

The region consists of small and fragmented markets, largely dependent on energy imports. WB’s infrastructure capacities are very limited and prevent a flexible flow of energy. For this reason, the WB countries agreed to cooperate in the process of identifying those projects, which have the highest positive impact in the largest possible number of CPs, so called Projects of Energy Community Interest (“PECI”). Among which the newly built electrical line interconnection Albania-Kosovo, costing €75 million, ready from the summer 2016.

Meanwhile, Serbia-Kosovo dispute over the transmission grid is creating many serious obstacles, preventing regional integration of the electricity markets in SEE. The high auction price achieved at the monthly auction (especially Al-GR border) for the allocation of Physical Transmission Rights (PTR) for April 2017 by the South East European Coordinated Auction Office (SEE CAO) announce the nonsense of the block of Kosovo transmission system by the European transmission network. A dispute that prevent Albania to import energy from Kosovo to fulfil part of its consumption needs and to compensate Kosovo in return by furnishing it with energy for its internal market.

To pursue its energy goals within a coherent long-term strategy, the EU has formulated targets for 2020, 2030, and 2050. Its import dependency is particularly high for crude oil (more than 90%) and natural gas (66%). The total import bill is more than €1 billion per day. Many EU countries heavily rely on a single supplier, including some that rely entirely on Russia for their natural gas. This dependence leaves them vulnerable to supply disruptions, whether caused by political or commercial disputes, or infrastructure failure.

In response to these concerns, the EC released its Energy Security Strategy in May 2014. Based on the analysis of the stress tests, a number of short-term measures were carried out in preparation of the 2014-2015 winter. The Commission has also asked EU and Energy Community Contracting Parties to prepare regional energy security preparedness plans, which were reviewed and adopted in 2015. Unfortunately, even these stress tests highlighted that some of WB’s are vulnerable due to their dependence on one supplier.

Following the above a new proposal of commission for a regulation of the repealing Directive 2005/89/EC. The proposed Regulation, in consistence with the Union’s goal to strengthen the EnC, state in premises: “An electricity crisis might extend beyond Union borders comprising also Energy Community countries. In order to ensure an efficient crisis management on borders between the Member States and the Contracting Parties, the Union should closely cooperate with the Energy Community Contracting Parties when preventing, preparing for and handling an electricity crisis.”

Then vice versa, what are doing the WB’s countries? After more than 3 year form the TA solution of the block finally it is starting to talk public on above. At last General Committee on Economy, Infrastructure and Energy of the Parliamentary Assembly of the South East European Cooperation Process (SEECP PA) on 17 and 18 March 2017, kept at Zagreb, Croatia, Professor Muhamet MUSTAFA, chairman of the Kosovar delegation outlined, “to reach the goal of the dependency on energy imports, we should learn to work all together to reaffirmed the principles enshrined in the Charter of good neighbourly relations, stability, security and cooperation, signed in Bucharest in 2000”.