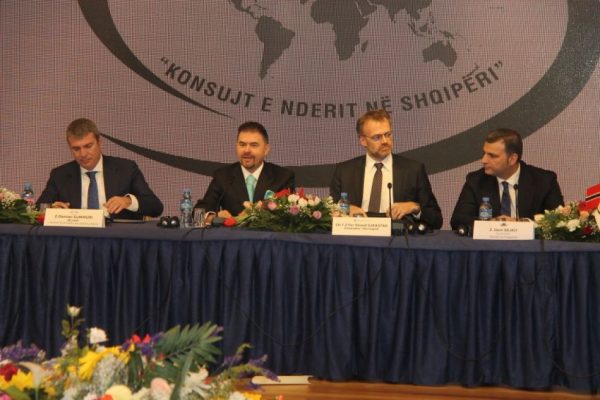 Good energy policy is, basically, about ensuring sufficient and stable supply, at affordable prices in an efficient and competitive market, and – at the same time – without destroying the environment or the climate.

The energy sector generates huge values in society. It also forms the basis for value creation in other industries. The value of energy production is dependent upon innovation, development, knowledge and a well-organized market.

First a few words about my home country, Norway: Norway is one of the world´s largest energy producers. The development of Norway as an energy nation started more than hundred years ago. Today, more than 20 000 people work in the renewable industry.

In addition, Norway is one of the largest petroleum producers in the world. Around 185 000 people are directly or indirectly employed in the petroleum sector in Norway, which is around 7 percent of the total work force. Oil and natural gas will remain an important part of the world energy mix for many years to come, but is expected to be gradually substituted by greener sources of energy in the long term.

As a large energy producer, we also have large commercial interests internationally, and possess insight and competence that we believe makes us a relevant partner for other countries, including Albania. It is about developing an energy cluster and sharing experience with other countries.

It is important to strengthen Norway´s network connections to European energy markets to boost the value of renewable resources. Strong transmission networks is essential in a growing market, proving opportunities for trade in energy. We are planning large expansion of transmission lines from Norway to Germany and the United Kingdom.

The establishment of the Nordic Energy Exchange in 1996 was not the end station, only a step on the way. The latest strategy launched in Norway is called ENERGY 21. The aim is to facilitate strong networks between producers, market operators and research institutions. The focus is on sun energy, offshore wind energy, energy efficiency and carbon capture and storage. The market is very dynamic, and there is a need of continuous change and reform. The world will increasingly demand clean and green energy.

There is a bold, joint Nordic vision for the energy sector of the future, of a Nordic energy system based on close, trusting and flexible co-operation, which will lay the foundation for the world’s most integrated, intelligent and green low-emission economy. Further, the Nordic system must be closely connected to the broader European market.

The need for a dynamic and efficient energy market is also the case for the Western Balkans and Albania. There is a significant deficit in the overall energy balance in the Western Balkans. The connectivity in the region should get better, also in line with core objectives in the Berlin process. The energy markets do not function as well as they should. Transmission capacity should be more transparent and efficient, making it easier for suppliers and buyer to connect. One must avoid a system with monopolistic features, both in Albania and elsewhere.

As we all know, Albania will most likely open membership negotiations with the EU this year. Reform of the energy sector will bring Albania closer to EU legislation, and facilitate the negotiation process. It will also bring Albania in line with obligations under the South-East Europe Energy Community. Norway has been a key partner in the process towards the establishing of the Albanian Energy Exchange.

The Albanian economy is growing, at around 4 percent every year. A growing economy needs more energy – otherwise further growth will suffer. There is a need for investment in the Albanian energy sector, especially in the construction of new generation sources and transmission lines, improvements in the distribution grid, or energy efficiency. There is also a need for stronger integration in the regional market.

I am pleased that the Norwegian energy company Statkraft has made use of investment opportunities in Albania, by building large-scale hydro-power plants in the Devolli Valley. I hope that further Norwegian investments will take place in the years to come.

The Albanian energy sector reform is promising, focusing on the modernization of distribution, transmission and generation, as well as security of supply. The new transmission lines with Montenegro and Kosovo, a planned line to Macedonia, possible ring lines within Albania, and perhaps a subsea transmission line to Italy, are all steps that must be welcomed. There should also be a potential for wind, solar and biomass, as well as significant petroleum production. Further, the hydro-power potential is far from fully utilized. Investments in the energy sector are, like in most other sectors, also dependent on a healthy business climate, based on rule of law.

I do believe that the energy sector can be an important engine behind growth and development in the Albanian economy, as it has been in Norway for more than a century. The potential is substantial. I believe that Albania already has reached quite far in view of the relatively short period of time since the transition started, and that the Albanian Government has made important decisions in the right direction. Norway has had many decades to gradually transform its energy sector and adapting to new market conditions, whereas Albania is quickly learning the craft.

Finally, let me underline the importance of thinking long-term. When reforming, there may be some bumps in road at the beginning, some people may be unhappy and focus on short-term problems – but in the long run there is no alternative; reforms will give a more efficient market, it will increase accessibility, and it will give incentives for further investments. I can assure you that Norway is ready to remain a constructive partner in this process.

*Per Strand Sjaastad is the ambassador of Norway to Albania, resident in Kosovo. The speech was delivered at a conference on “Energy and Sustainable Economic Development – The Role of Economic Diplomacy” held in Tirana in late February.

Source: Energy can be an important engine in Albania’s economy as it has been in Norway for more than a century

Disclaimer: The ownership and the opinion expressed in this article pertain to their authors. While all the effort are made by Esc Adriatic to ensure the accuracy of this publication, it is not intended to provide legal advice as individual situations may differ and should be discussed with an expert and/or lawyer. For any specific technical or legal advice on the information provided and related topics, contact us through “lorenc.gordani@euroelektra.al”.