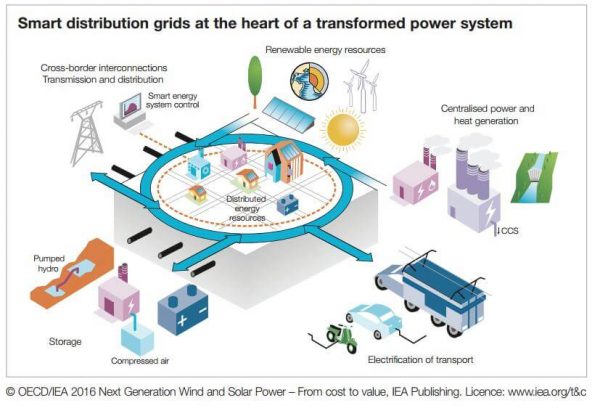 In this topic of the month, I argue that the ideal distribution network tariff does not exist. The most robust choice for the network tariff structure, being it volumetric with or without net-metering (€/kWh), capacity-based (€/kW), a fixed charge (€/connection) or a combination of those, is a function of the context to which it is applied. As a general statement, an ideal network tariff should be:

Additionally, a distribution network tariff should be comprehensible, transparent, relatively stable (avoiding the introduction of ‘’bill shocks’’) and allow the distribution system operator (DSO) to recover its efficiently incurred costs. Another, often overseen, general regulatory principle for tariff design is additivity. With additivity is meant that the final electricity bill should be the result of the sum of rates designed for each activity along the electricity value chain (generation, transmission, distribution and retail).[1] In my opinion, what is also meant by this principle is that sustainability (e.g. PV adoption) and energy efficiency goals are not objectives of the distribution tariff design in the strict sense. Instead, a distribution tariff should be technology agnostic and facilitate reaching sustainability or energy efficiency goals, but neither overly spur nor block them which would in its turn lead to inefficiencies. Other, more explicit policies (e.g. targeted subsidies) should be designed for such purposes.

As mentioned at the beginning of this blog, the most appropriate tariff design, in this series ‘’measured’’ by an efficiency and equity metric, will be a function of its context.[2]  For this research the two context related dimensions considered are:

It should be added that both dimensions are not fully mutually exclusive. Low technology cost can lead to more adoption of DER, while this could lead to a gradual shift from an over-dimensioned network to a constraint network or the other way around. Other import context related dimensions that can be thought of are the relative magnitude of the different components of the electricity bill (e.g. the inclusion of taxes and levies and the wholesale price of electricity) and typical demand profiles of consumers.[5]

[2] The discussion will be based on outputs of the model described in: Schittekatte, T., Momber, I., & Meeus, L. (2017). Future-proof tariff design: recovering sunk grid costs in a world where consumers are pushing back. RSCAS Working paper 2017/22. Or on outputs of an extension of the model described in that paper. Electrical vehicles and heat pumps, two other technological developments which can have a strong impact on the distribution system are not included in the quantitative analysis for now, but will be qualitatively discussed if appropriate.

[3] Please note that in this blog series with ‘’cheap PV’’ a low LCOE (Levelised Cost of Energy) in € per kWh of electricity produced is meant. A low LCOE can be obtained by installing a PV panel in a location with a lot of solar irradiation, by having low PV investment costs or a combination of both. There is no direct parallel for batteries.

[5] A consumer reacts to the electricity bill as a whole. Commodity costs are usually recovered volumetrically (euro/kWh), either charged at a constant or variable rate. Taxes and levies can be recovered in different ways. The way those are recovered can impact the consumer behaviour and as a consequence also the effectiveness of a distribution network tariff design.