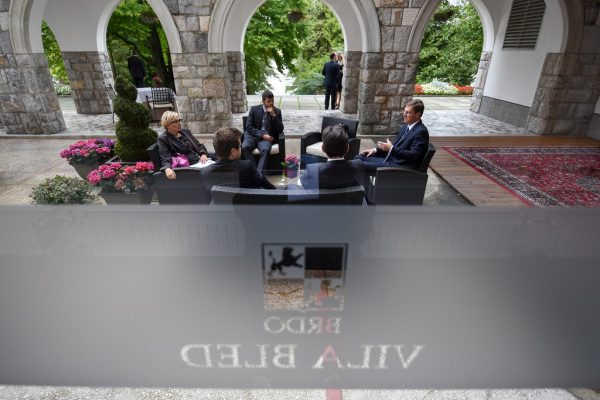 BLED, Slovenia (Reuters) – Western Balkan states need to improve ‘hard connectivity’ such as transport links and strengthen their legal systems as they seek to attract more investment, the vice president of the European Bank for Reconstruction and Development said on Tuesday.

Pierre Heilbronn told Reuters the EBRD would keep investing about 1 billion euros ($1.2 bln) per year in the region that includes Serbia, Bosnia, Montenegro, Macedonia, Kosovo and Albania – all of which aspire to join the European Union.

He said countries have to focus on how to “remove obstacles between these markets, which otherwise are quite small for even domestic investors”.

He said the EBRD was focusing particularly on investments in renewable energy and energy efficiency which could produce large savings.

With enlargement on hold, the EU is pushing the six Balkan nations to integrate their economies to foster development and stability, concerned over sometimes fraught relations in the region and the influence of an emboldened Russia.

But political bickering is hampering these efforts. At a recent meeting in Trieste, Italy, Bosnia failed to sign a deal on upgrading transport links because of objections from its autonomous Bosnian Serb region, while Kosovo objected to a proposed customs union.

However, Bosnian Foreign Minister Igor Crnadak told the Bled forum that Bosnia had now decided to sign up to the transport deal. “From today we are inside the transport treaty,” he said.

Crnadak and senior officials from other Western Balkan states urged the EU to speed up its enlargement, saying that would be a positive development for the region and the EU itself.

“After Brexit and Trump’s victory in the USA the EU needs a positive move which can only be made by its expansion in our region … I hope we will join the EU before it falls apart,” Serbian Deputy Prime Minister and Foreign Minister Ivica Dacic told the same forum.

Although most Western Balkan states have been negotiating EU membership for many years, none has joined the bloc since Croatia’s entry in 2013.

Heilbronn said the biggest risks in the region stemmed from political tensions between countries. But last week’s meeting between Serbian President Aleksandar Vucic and Kosovo President Hashim Thaci “was a good first step” which was extremely welcome. Kosovo broke away from Serbia in 2008.

He said the EBRD was trying to promote the region and its potential by holding its 2019 annual meeting in the Bosnian capital Sarajevo.