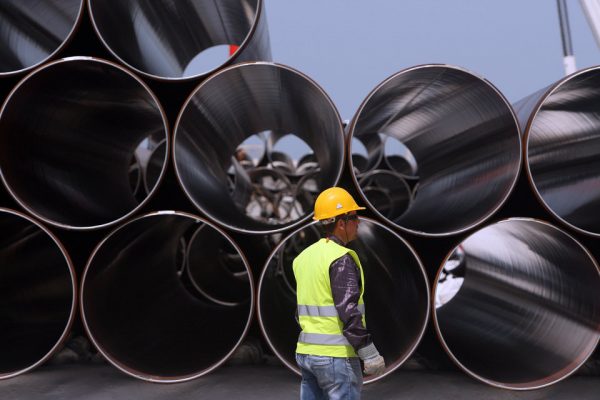 The work on the construction of the Trans Adriatic Pipeline (TAP) in the sea is scheduled to begin in 2018 and will continue for few years, TAP country manager for Albania Shkelqim Bozgo said.“It’s the easiest part in consideration of technological development. Further on, 2019 will be the testing period and commissioning of the project, and then comes flow of the gas”, Albanian Telegraph Agency reported citing Bozgo.

He pointed out that the work on building TAP in Albania is almost halfway.

“The current two years consist of the most intensive phase of the project and are expected to inject into the Albanian economy a total of 800 million euros,” added TAP’s country manager.

He noted that the total investment value of the TAP, beginning from 2016 or even earlier and up to completion or beginning of the operation is 1.5 billion euros.

“Naturally, 2017 and 2018 are the most intensive years of the project and it is expected that the investment level in each year is somewhat at 400 million euros”, said Bozgo. “This figure is about 4 percent of the domestic product. While the number of people that TAP has recruited in Albania is 2,000.”

TAP is a part of the Southern Gas Corridor which is one of the priority energy projects for the EU.

TAP project envisages transportation of gas from the Stage 2 of development of Azerbaijan’s Shah Deniz gas and condensate field to the EU countries.

The pipeline will be connected to the Trans-Anatolian Pipeline (TANAP) on the Turkish-Greek border, run through Greece, Albania and the Adriatic Sea, before coming ashore in Italy’s south.