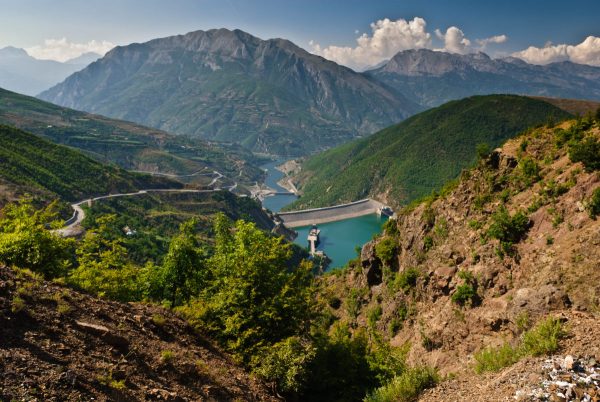 The regulated tariff, which was previously granted only to small and medium hydro- power plants, was extended to PV up to 2 MW and wind projects not exceeding 3 MW in size.

The Albanian energy regulator ERE has set a regulated tariff for PV projects with a capacity of up to 2 MW and wind power projects not larger than 3 MW, according to the government-owned press agency ATA.

The ERE has established that the regulated tariff for solar for 2017 will be €100 ($117.8)/MWh, while that for wind power will be €76/MWh. According to ATA, solar and wind projects of this size will be entitled to receive the tariff after the Ministry of Energy will have reviewed and approved them. It remains unclear, however, which will be the criteria for the selection of the projects. These will be likely treated as small and medium hydropower projects, which, under the current regulation, can sell power at the regulated tariff to the Albanian public power utility OSSH under a 15-year contract.

The announcement of the new tariff explains the increasing number of PV projects up to 2 MW which were submitted to the Ministry of Energy over the past months. These projects, therefore, will very unlikely compete in the upcoming solar auction recently announced by the government, as we previously reported. The auction, which is being planned with the support of the European Bank for Reconstruction and Development (EBRD), will probably select larger solar facilities like the 50 MW PV project that were proposed by special purpose vehicle Novoselë Photovoltaic PowerPlant Sh.P.K. for Novoselë, a village in the Vlorë County, southwestern Albania in August 2016, or the 50 MW solar facility that a consortium formed by local companies Solar Gamma Sh.p.k., Alfa Energy Sh.p.k., Beta Energy Sh.p.k., Delta Solar Sh.p.k. and Solaris Sh.p.k. hopes tu build in Malik, a municipality in Korçë County of eastern Albania. Overall, the government expects to install between 30 MW and 50 MW through the auction.

The latest two project proposals for 2 MW solar power plants were filed to the Ministry of Energy in the first week of this month. A first €2.4 million project is being planned by RTS Sh.p.k in Bilisht, Korçë County, south-eastern Albania, while a second €2.4 million facility is being proposed by Hydro Valbona Sh.P.K. for the municipality of Topojë, in the Fier County, southwestern Albania.

In late July, the ministry had received two more similar proposals for solar up to 2 MW from Inside Computer System Sh.P.K. and Wonderland Sh.P., while in the previous weeks three more PV projects of the same size were submitted for approval to the ministry.

Albania’s total installed capacity at the end of 2015 totaled 1,895 MW, out of which 98 MW was from thermoelectric generation and the rest, around 95% of installed power, was from hydropower sources.

Disclaimer: While every effort has been made to ensure the accuracy of this publication, it is not intended to provide legal advice as individual situations will differ and should be discussed with an expert and/or lawyer. For specific technical or legal advice on the information provided and related topics, please contact the author at the “info@albaniaenergy.org”.