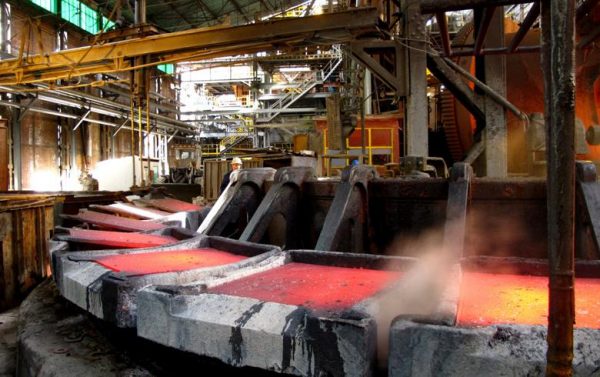 For more on current situation of this industry, the copper industry facilities in 2001 were granted with concession to a Turkish company “BER-ONER” with concenssionary company “Ber Alb” ltd.

This industry in the period 2004-2015 has operated localized in the exploitation of two Munelle and Lak Rosh mines in the Puka region, enriching the mineral in the Fush-Arrez Enrichment Factory.

Munelles’s polymetalic mine has had such mineral distribution, where a body of about 1 million tonnes of mineral has been of a very high quality: average copper 4 to 5%, average zinc 3% and gold 4 gr/ton, silver 65 gr/ton along with other elements such as Selen, Stibium etc.

At the same time some companies majority Canadian have had mining permit for exploration, which were more focused on the revaluation of previously discovered reserves by Albanian institutions until 1992, by not contributing to the addition of new reserves.

From the complete processing scheme inherited until 1990, it has been partially functioning only the Wires Plant in Shkodra. The Melting Factory in the former Copper Plant in Rubik was demolished in 2007 – 2008, while the Refinery Plant was granted with a concession to a company at the end of 2012 but it already failed since the beginning of the first year because the concessionaire required adaptation for ferrochrome production in his/her idea.

By the end of 2015, also the Turkish company “BER-ONER” focused in the Puka region with production schemes up to the copper concentrate, has stopped production being justified by the decline in the price of metals in the stock market that is really noticeable but perhaps not very much arguing the part related to the complete prohibition of work.