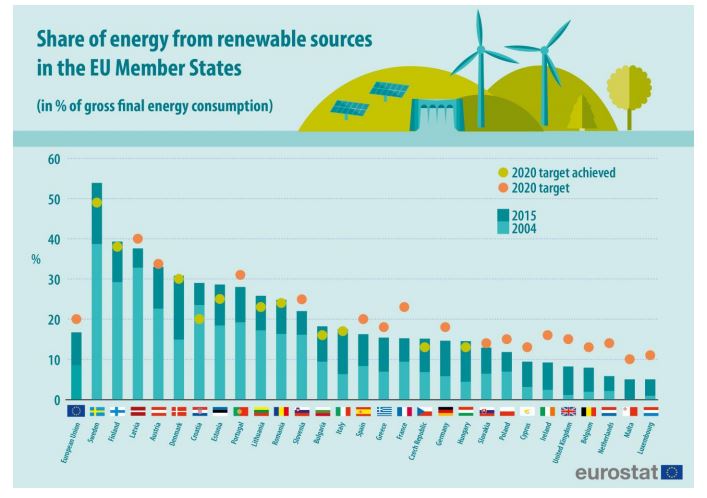 Four countries from the Balkan region – Bulgaria, Croatia, Montenegro and Romania – reached their national targets for the share of renewable energy in total consumption by 2020, according to latest Eurostat data for 2015.

Share of energy from renewable sources in final consumption in Romania reached 24.8 percent, achieving the country’s EU 2020 target, which was set at 24 percent.

Montenegro is the regional leader with 43,1 percent (against the 33 percent target), while Croatia has beaten its own target by nine percent and is getting 29 percent of energy from RES. With 18,2 percent Bulgaria has met its 16 percent target. The latest Eurostat report does not have data for Serbia and Bosnia and Herzegovina.

At the opposite end were Luxembourg and Malta, which covered only 5 percent of their energy consumption from renewable sources, the Netherlands (5.8), Belgium (7.9) and the United Kingdom (8.2).