Albania’s Power Exchange Set Up within the End of March 2017 by Dr Lorenc Gordani, 13th March 2017 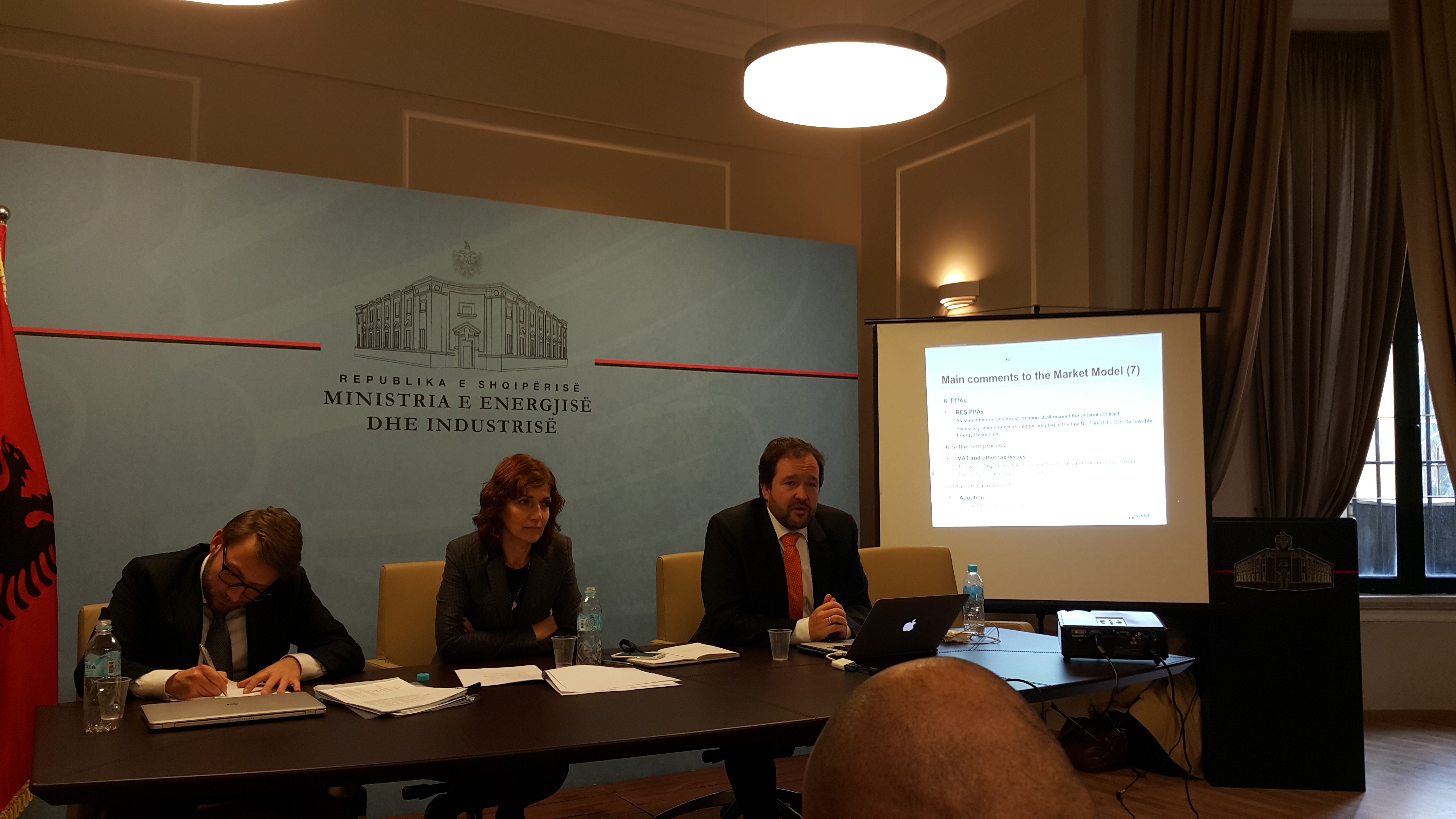 Albanian legal framework needed for the establishment of the organised electricity market is under development. Based on the Power Sector Law, the Council of Ministers adopted in July 2016 the Market Model which paves the way towards creating the Albanian power exchange. The Market Model is forseen to be soon complemented with market rules that are in process of approving by the ERE.

The decision to create a national electricity market by the Government of Albania will be the further important step for the future operation of the power sector in Albania. It will be in line with the international obligations of Albania vis-à-vis the Energy Community Treaty, and the recent Memorandum of Understanding (MoU) signed by Albania in April 2016 in Vienna as part of the “WB6 process”.

A project for the establishment of a national organised dayahead market and a local power exchange, initiated in 2015. As part of the national plan for the energy market liberalization, taken with the decision of the 13 July 2016 the Albania’s power exchange (PX) has to be set up within the March 2017. The government decree explains that the Minister shall decide on the legal entity and its structure before 31 March 2017, while the power exchange shall be fully operational by 1st January 2018.

An Albania Power Exchange is more than welcomed, as the energy service has been always part of endless complains. Large-scale businesses will be the main beneficiaries of the market liberalization. They will be able to buy electricity from different suppliers at the APEX. ‘The deregulation of the energy market will eventually lead to a service improvement for households, as the current supplier will have the opportunity to upgrade the service quality.’

Until the end of next year more than 6300 businesses will not be furnished by the Energy Power Distribution Operator (OSHEE) but they will buy the electricity in a free market from the private traders.  There are well-known European practices on that and Albania has all the potential to open this perspective for households and small businesses as well. Furthermore, the APEX will put a final strain on public electricity tenders that in the past have been probed by the Competition Authority and the Supreme State Audit office due to corruption allegations.

Actual procedure for procuring electricity to cover losses by the transmission and distribution system operator violates Energy Community law as well as the Power Sector Law. Starting from January 2018, Albania’s Distributor Utility will purchase electricity to cover grid losses at the PX based on prices set on demand and supply. The establishment of the APEX will diminish any opportunity for abuses and the market will also encourage investments in energy production since private producers will have a guaranteed market to sell electricity.

The APEX came at the right time, since the sector is on the rise. The clients are paying their energy bills, and the country is connecting with all its neighbours countries, and by 2020 this process should be finished. The intention of the Albanian government is to have an environment that facilitates investment in the energy sector amidst a viable and functional market. Steps are underway with the unification of energy markets with neighbouring countries like Kosovo with the construction of the 400 kV electricity interconnection lines between Albania and Macedonia.

The larger the market, the more likely the financing of energy projects as well as the diversification of the energy resources, which would enhance energy security in the region. The PX will aim to increase transparency in the underlying transaction of energy. It will be the mechanism to achieve physical and financial transactions of energy flows. The success of this market hugely will depend on the amount of energy flows and trading in it.

Albania has already functional transmission line with Montenegro and Greece. And with the new law on the Electricity Sector, it is estimated that within 2018, 40% of the energy market to be liberalized. But the turning point will be the renewable energy legal framework including the gasification process in the framework of TAP project, which will pave the way to the creation of more energy that would then be traded in the new market, by making the energy prices for the consumers drop significantly.

In this process, the Norwegian experience is intended to be used as a success story in the creation and functioning of the energy market. Along the years Albania has purchased and sold electricity from countries like the Czech Republic; France; Greece; Montenegro; Serbia; Slovenia; Switzerland. The figure shows that the country has exported electricity to these countries at a price lower than the import price from the same countries.