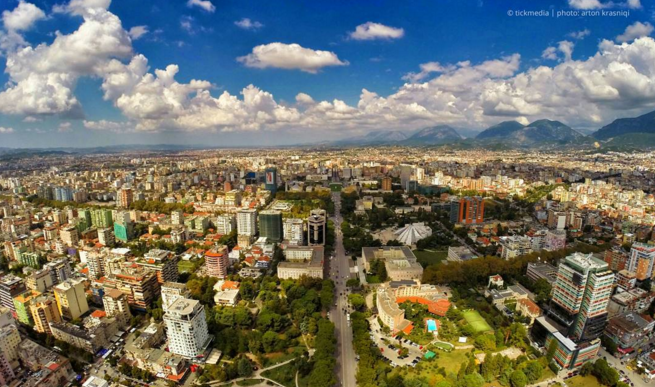 The Executive Board of International Monetary Fund approved a 36-month extended arrangement under the EFF for Albania on February 28, 2014. The arrangement aimed to restore economic growth and control the rapidly rising public debt that had threatened economic stability, by strengthening public finances, maintaining financial stability, and implementing structural reforms focused on improving the energy sector and the business climate.

In its recent report International Monetary Fund evaluate that the economic recovery is strengthening, supported by energy-related investments and a gradual recovery in domestic demand. The current account deficit is widening due to increased import-intensive foreign direct investments (FDI). GDP grew by over 3 percent in the first 9 months of 2016 (yoy), driven by consumption and large energy-related FDI projects. Net exports declined reflecting lower oil exports as well as higher FDI-related imports.

The current account deficit widened in 2016: low commodity prices continued to weigh down on exports, while imports were boosted by the economic recovery and one-off factors related to FDI-funded large energy projects. Financing risk from the large external deficit remains limited. Although FDI in oil-drilling has slowed, it has been offset by FDI into other large energy projects (the Trans Adriatic Pipeline and the Statkraft/Devoll hydropower project).

In addition, an unsustainable pension system and electricity sector both posed heavy burdens on public finances. Given these challenges, the Extended Arrangement was approved with the objectives of strengthening public finances, maintaining financial stability, and implementing structural reforms focused on reforming the energy sector and improving the business climate.

A new power law passed in May 2015 has reformed the market structure and will gradually move commercial users from the regulated tariff system to a liberalized market. The Power Sector Law has transposed the provisions of the EU Third Energy Package, containing the principles for the liberalization of the electricity market. In July 2016 the Council of Ministers has adopted an action plan for the progressive phasing out of price regulation. Further reforms to better integrate Albania into regional power markets and improve corporate governance are underway.

Reforms in the electricity sector have helped place it on a more sustainable path. The reforms have strengthened the finances of electricity SOEs by adjusting tariffs, improving bill collections, and reducing distribution losses, while repaying arrears to private power producers. Distribution losses—unbilled power as a share of total power entering the distribution system—fell from 45 percent in 2013 to 28 percent in 2016.

IMF is committed to reducing distribution losses to 14 percent by 2019 thrught the stepping up investments in infrastructure to achieve this goal. Budget allocations to the energy sector have fallen from 0.9 percent of GDP in 2014 to 0.1 percent in 2017. To improve transparency, it has started publishing quarterly financial statements for KESh, OST and OShEE, the generation, transmission, and distribution companies.

Collection rates and revenues have significantly increased, budget allocations in 2017 amount to just 0.1 percent of the GDP, medium term sustainability has been restored, no new intercompany arrears have emerged while increased liquidity has allowed to repay the arrears to independent producers, reducing the existing debt in the sector and contributing to investments needed to further reduce distribution losses.

For 2017, the approved budget assumes a further acceleration of growth to 3.8 percent, 2 on the back of the peak in the execution of two large projects in the energy sector and sustained private consumption. Nevertheless, the economy will still perform below potential. The current account deficit is projected to further widen to around 12.6 percent of GDP, then to gradually narrow to below 10 percent in 2020 as oil prices recover. FDI will continue to represent the most important source of finance.

The reform of the energy sector could be judged as a leading example of successful macro critical reform. As a result, a source of fiscal risks has been considerably reduced and the sector’s performance has clearly improved. At the onset of the program, sizeable unbudgeted support to the energy sector was not sufficient to prevent a considerable risk of bankruptcy for the SOEs of electricity sector. Nowadays, the country’s energy balance is positive as a result of the increase of energy production from private hydropower plants and the sensible reduction of distribution losses.